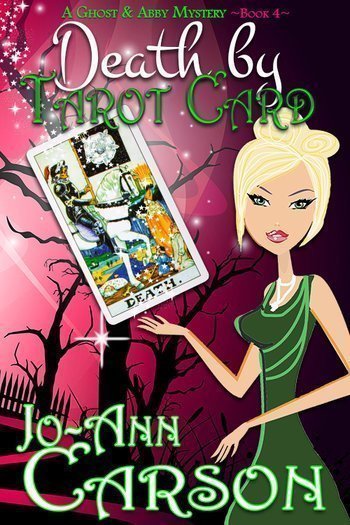 Death was in the cards

When the cards are stacked against you, run.

Who would be crazy enough to send death cards to people in Sunset Cove, a small, Pacific Northwest town famous for things that goes bump in the night? Single mom, Abby Jenkins is hired to find the culprit, and while she is a witch and private detective, she hasn’t a clue about who would deal such a gruesome hand.
Unease settles into the town as tarot cards arrive on doorsteps. No one knows who stacked this deck.

Everyone waits for the next card to drop. That is until the first recipient drops dead.
Are all the death cards harbingers of murder?

With the help of a Viking with existential issues, a Casanova man-witch and Spark her snarky familiar Abby unravels a deadly deck of secrets. Can she catch the murderer before the dealer turns another card?