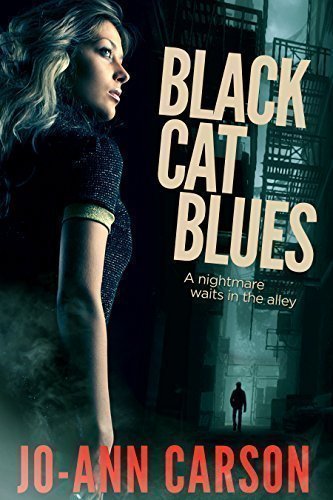 A nightmare waits in the alley

Maggy, a curvy, blond, blues singer with a sultry voice and a razor sharp mind is starting her life over after a lousy marriage. Reluctant at first to get involved with a murder, she tells no one the secret.But when the murderer stalks her, she changes her mind.

Black Cat Blues is the first story in the Vancouver Blues series. If you like Indiana Jones and urban noir, you’ll love this story, which combines all of their best traits in a fast-paced, captivating and sensual, romantic suspense.

An Award Winning Romantic Suspense, set in the Pacific Northwest.