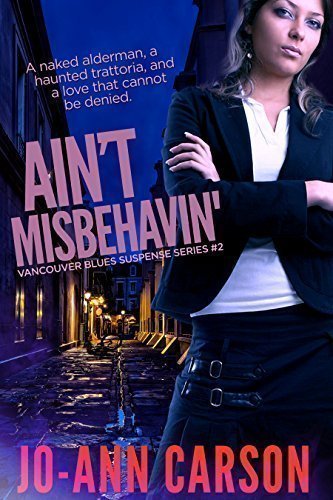 A naked alderman, a haunted trattoria, and a love that cannot be denied.

A naked alderman, a haunted trattoria and a love that can not be denied.
When the manager of the Black Cat Blues Bar, singer Maggy Malone, witnesses a murder in her favorite trattoria, her life is upended. Known as the Naked Alderman, the victim is a controversial politician who wants Vancouver to be known as the greenest city in the world. He’s also the lover of Maggy’s best friend. Despite his noble ideals, his head ends up in the pasta.

The last thing Maggy wants to do is chase another murderer. She’s worked hard to keep the Black Cat afloat and sort out her life, which is complicated by two, hot men, and acts of sabotage at her dock community on Granville Island.
But when the body count rises, Maggy decides to catch the killer.