Have you ever felt picked on?

Like most authors, falling down the rabbit hole of research is one of my guilty pleasures. There’s a lot of fascinating information in the world and sorting through it is such great fun. Today I thought I’d share some of my witch research, which brings me to my initial question:

Have you ever felt picked on?

Don’t worry most of us have. But I think witches throughout history deserve a prize for all the discrimination they’ve faced. Mostly women, mostly over forty, they were ridiculed and even burned alive at the stake.

Did you know they had a guidebook! 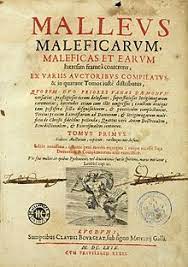 “The publication of Malleus Maleficarum, written by two well-respected Dominicans in 1486 – likely spurred witch mania to go viral. The book, usually translated as The Hammer of Witches was essentially a guide on how to identify, hunt and interrogate witches. It labelled witchcraft as heresy and became the authority for Protestants and Catholics.” (history.com)

For more than a hundred years the book sold more than any other book except the bible.

The history of witches is one of:

In my latest series, The Dial Witch Trilogy, the heroine is a young, naive, do-gooder, a witch who wants to use her magic abilities to help others. She believes she can mend the rift between the norms and the supernaturals in her Pacific Northwest town of Mystic Keep by showing everyone how helpful her sorcery can be.

Well of course, everything goes wrong, and no one is impressed. In book one, Dial Witch Jane tries to fix the love life of a norm. In book two, she tries to end a soul-eater’s curse. Four- and five-star reviews continue to flood in for the first two books in the series.

That brings me to book three, Dial Magic, will launch on September 12th. In it, Jane sets out to annihilate an evil dream walker stalking a Casanova warlock. The threads of her life weave together and she chooses her life partner. It’s quite the tale. Check it out.

The witch, the warlock, and the dreamwalker … 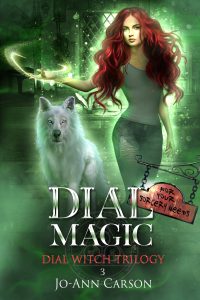 When the enchantress Jane Black attempts to free a local Casanova warlock from the clutches of an evil dreamwalker, trouble brews in Mystic Keep.