A Character Card for a Warlock #MondayBlogs - Jo-Ann Carson 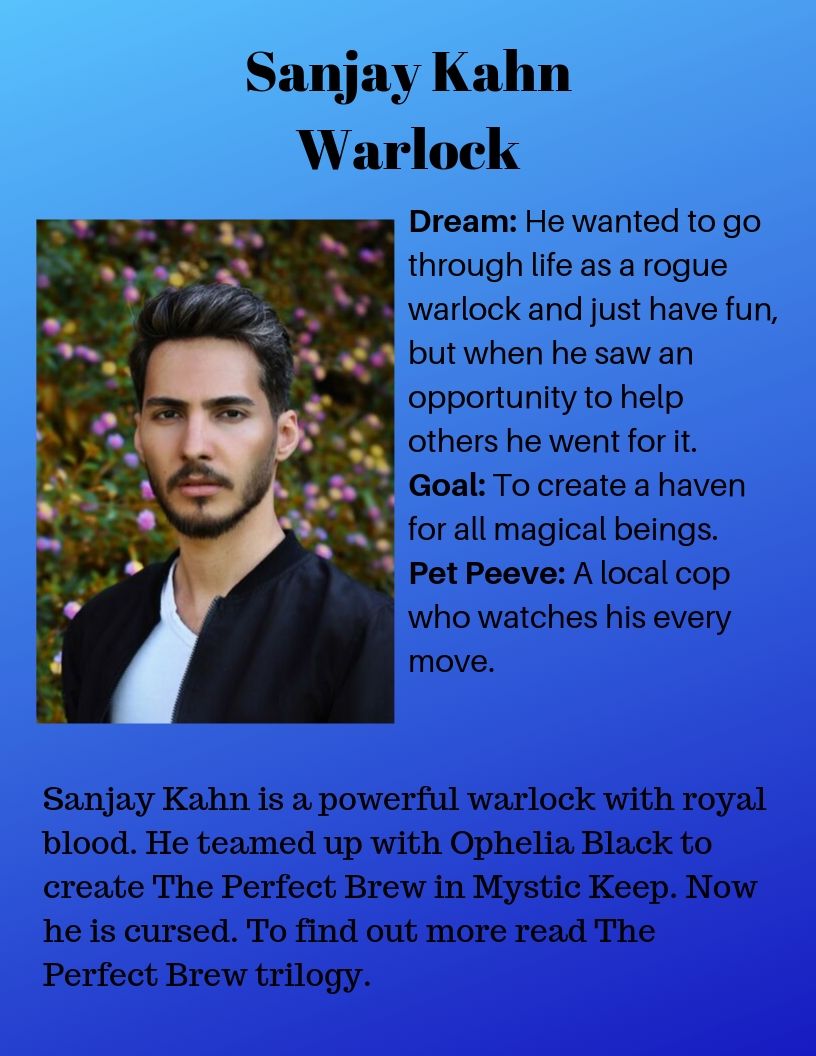 I got this cool idea, btw, from Rachel Goldsworthy on Facebook. It’s fun making cards. 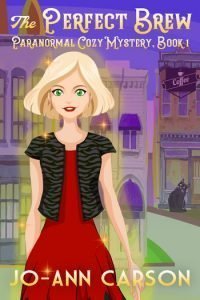 An unexpected inheritance turns Cassie Black’s world upside-down, and she finds herself the owner of a sentient coffee-house that comes with an inter-dimensional portal and a side of ancient curse. When Cassie is summoned to attend the funeral of her great-aunt, Ophelia, she finds the picturesque village on the edge of the ocean is not at all what it seems. Her benefactor’s death is suspicious, and to make matters worse, after Ophelia’s lawyer explains her will to Cassie, he drops dead in a plate of cookie crumbs. That makes two unexplained deaths, which is two too many for a good witch to swallow.
Up to her neck in mysteries, and weighed down with a curse, Cassie canvases the town to find the murderer. Of course, there are many unusual suspects, a tall, dark and annoying human detective keeps getting in her way, and a seductive warlock offers his assistance.
Will Cassie catch the villain before he kills again? Will she be able to free herself from the curse? Will Sid, her beloved cat familiar with a naughty mind, convince her to play dirty with the boys?
This is the first story in The Perfect Brew paranormal, cozy mystery series, set in the modern world where magic remains hidden or at least tries to. There’s no sex or violence on the page, but be prepared for some serious romance, mystery, and magic.
The Perfect Brew can be read as a stand-alone.

A big thank you go to all the people who participated in my Rafflecopter contest. The winners are: