The Left Coast Crime Conference is a mystery reader and writer conference held annually somewhere along the west coast. This year it was held at the Hyatt Regency in Vancouver, B.C., Canada (March 28-31, 2019). They called it the Whale of a Crime. The featured speakers were Maureen Jennings (famous for her Murdoch Murder series) and C.J. Box ( famous for his Joe Pickett series).
I couldn’t resist, so I hopped on a float plane at dawn and traveled to the big city. 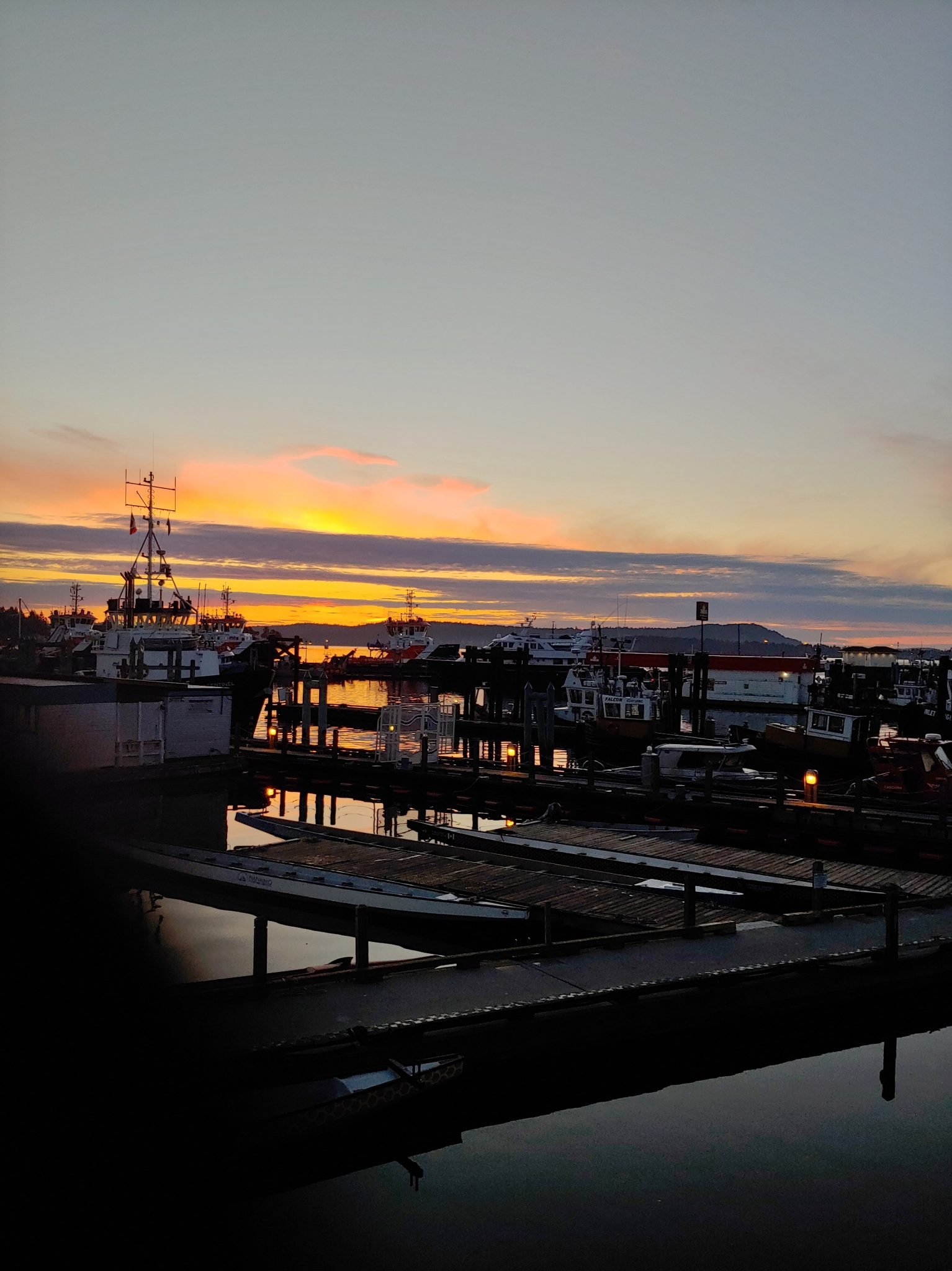 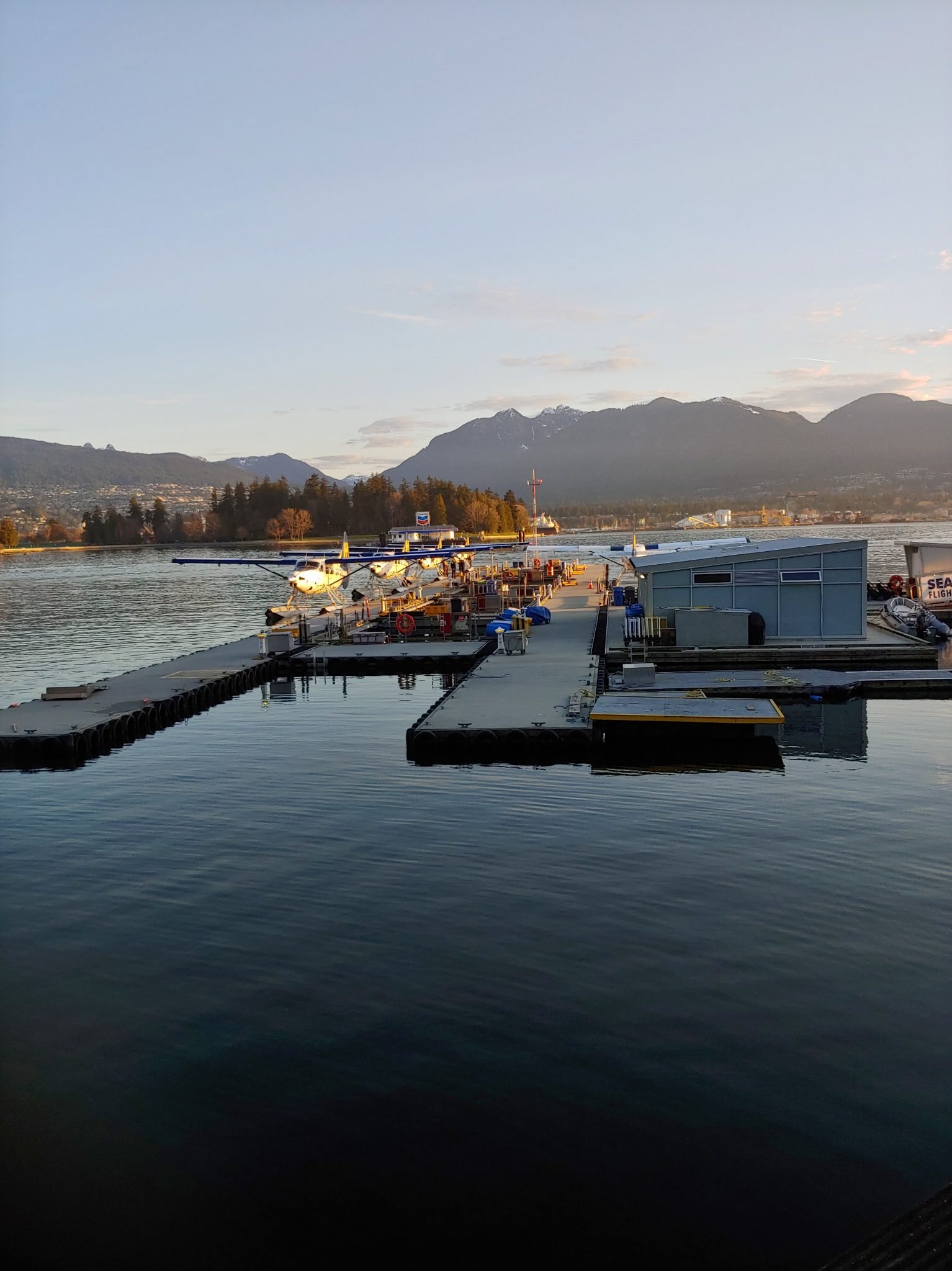 There are many activities at LCC conferences, but I focused on a few panel discussions in the time frame I had available over two days.

Here are my takeaways:

Breakfast with the Guppy Ladies from Sisters in Crime
It was wonderful meeting up with people I had only connected with online. The talent and passion for all things mystery in this group are outstanding.
ps: notice the fish on the table:) 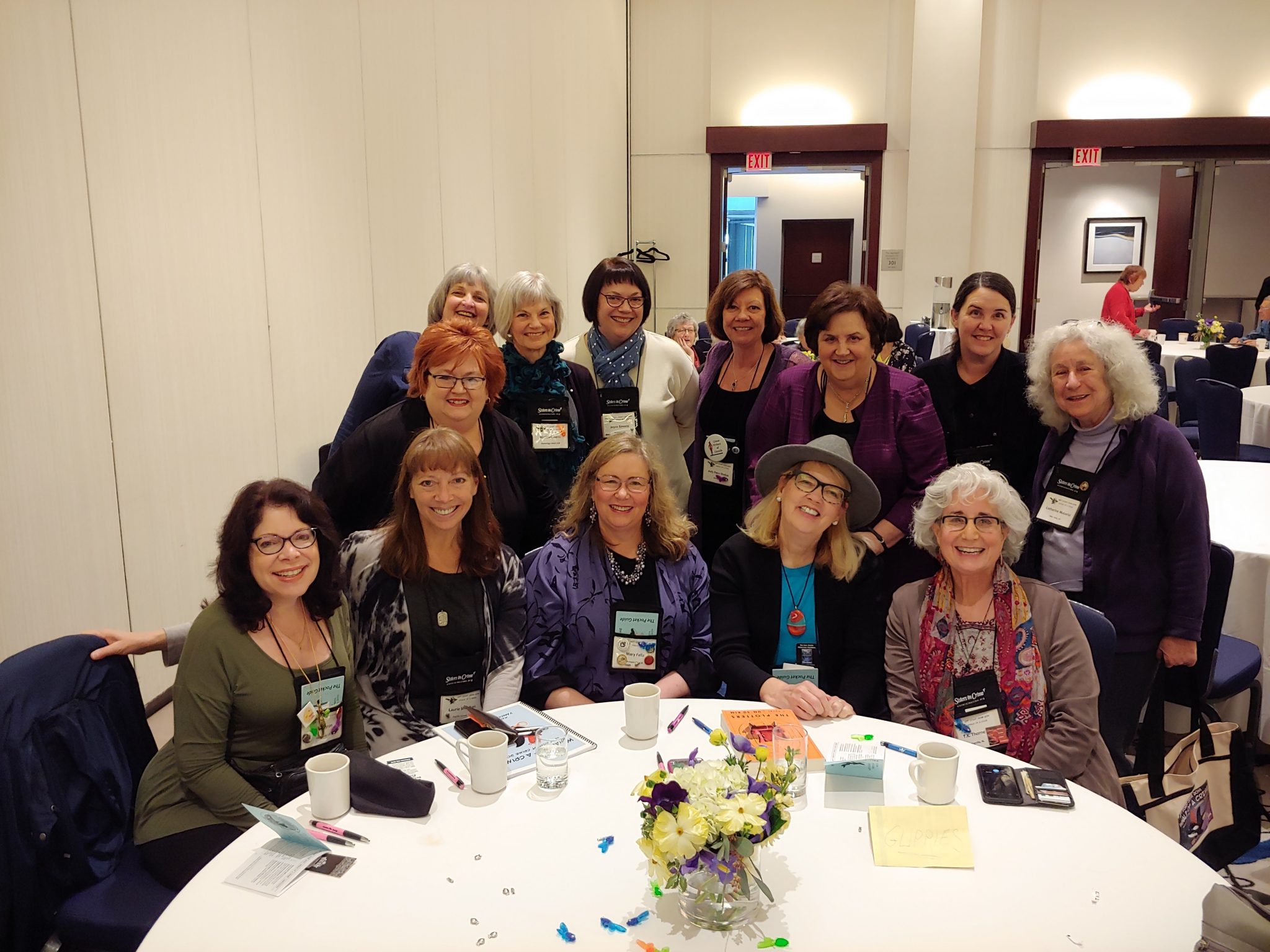 Would I do it again? Yes. Absolutely.
What was the crowd like? Comfortable. More laid back than the Thrillerfest crowd and less overwhelming than the RWA conference crowd. I found I could just relax and take it all in. The audience was a mixture of readers and writers. Most were middle-aged to seniors. There were more women than men and few visible minorities, which I thought was odd. Dressed in comfortable clothing with slight bed-head we all looked like we stayed up late the night before reading.
What about the venue? The Hyatt Regency was a great choice. The rooms were spacious and clean. I didn’t feel too cold or too hot. In a few sessions there weren’t enough chairs, but that’s hard to calculate.
And Vancouver shone. Even the mountains came out. (that only happens when we’re not clouded over)
What would you do differently the next time you go to a Lefty? Make more time for the event so I can listen to more panels and take part in other aspects of the conference.
Favorite moment? Meeting the Guppies.