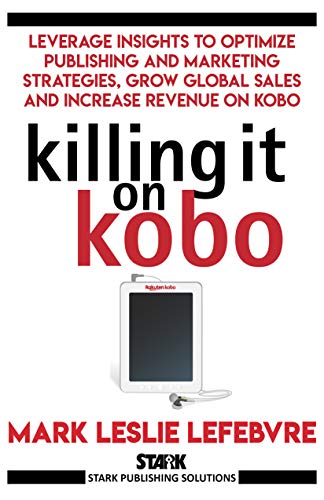 Over six years, the author, Mark Leslie Levebvre built Kobo Writing Life from the ground up. Killing it on Kobo is a must-read for any independent publisher. Mark Leslie Levebvre details the ins-and-outs of the Rakuten Kobo business, it’s culture and its reach into the world of books. It’s written in a clear conversational tone that makes it fascinating and easy to read.
I highly recommend it, and gave it a 5-star rating on Amazon.com, Bookbub and Goodreads.

My Interview with Christine Munroe at Kobo

put in video clip
Christine Munroe, the director of Kobo Writing Life at Rakuten Kobo chatted with me on my podcast Blood, Sweat, and Words. You can hear her full interview here.

I took eight pages of notes, but here are the highlights I think might interest you.

One Reply to “Thursday Review: Killing it on Kobo”