When I researched my book on bios, I found many authors chose not to have short bios on their websites. Here are some of my favorite  5 short-bios by Romance Authors.
Notice that they have a different “flavor,” shall we say, than the bios by thriller writers I shared last week. You can find that post here.
And now to the world of Romance Writers:

“Debbie Macomber is a #1 New York Times bestselling author and one of today’s most popular writers with more than 200 million copies of her books in print worldwide. In her novels, Macomber brings to life compelling relationships that embrace family and enduring friendships, uplifting her readers with stories of connection and hope. Macomber’s novels have spent over 1,000 weeks on the New York Times bestseller list. Thirteen of these novels hit the number one spot.
In 2017, Macomber’s all-new hardcover publications include Cottage by the Sea (July) and Alaskan Holiday(October). Macomber is also releasing a new cookbook titled Debbie Macomber’s Table: Sharing the Joy of Cooking with Family and Friends(April). In addition to fiction, Macomber has also published two bestselling cookbooks, an adult coloring book, numerous inspirational and nonfiction works, and two acclaimed children’s books.
Celebrated as “the official storyteller of Christmas”, Macomber’s annual Christmas books are beloved and five have been crafted into original Hallmark Channel movies. Macomber is also the author of the bestselling Cedar Cove Series which the Hallmark Channel chose as the basis for its first dramatic scripted television series. Debuting in 2013, Debbie Macomber’s Cedar Cove was a ratings favorite for three seasons.
She serves on the Guideposts National Advisory Cabinet, is a YFC National Ambassador, and is World Vision’s international spokesperson for their Knit for Kids charity initiative. A devoted grandmother, Debbie and Wayne live in Port Orchard, Washington, the town which inspired the Cedar Cove series.”
Debbie Macomber, https://debbiemacomber.com/about/media-resources

“#1 New York Times bestselling author Julia Quinn loves to dispel the myth that smart women don’t read (or write) romance, and in 2001 she did so in grand fashion, appearing on the game show The Weakest Link and walking away with the $79,000 jackpot. She displayed a decided lack of knowledge about baseball, country music, and plush toys, but she is proud to say that she aced all things British and literary, answered all of her history and geography questions correctly, and knew that there was a Da Vinci long before there was a code. Ms. Quinn is one of only sixteen members of Romance Writers of America’s Hall of Fame, her books have been translated into 29 languages, and she currently lives with her family in the Pacific Northwest.”
“In some ways, portraying a healthy relationship in literature is the most revolutionary thing you can do.” ~ Julia Quinn
Julia Quinn, http://juliaquinn.com/about

“Susan Wiggs’s life is all about family, friends…and fiction. She lives at the water’s edge on an island in Puget Sound, and in good weather, she commutes to her writers’ group in a 21-foot motorboat. Her husband is an award-winning apparel designer who has his own line of made-in-America kids’ adventure wear.
Susan has been featured in the national media, including NPR and USA Today, has given programs for the US Embassies in Buenos Aires and Montevideo, and is a popular speaker locally, nationally, internationally, and on the high seas.
From the very start, her writings have illuminated the everyday dramas of ordinary people. Her books celebrate the power of love, the timeless bonds of family and the fascinating nuances of human nature. Today, she is an international best-selling, award-winning author, with millions of copies of her books in print in numerous countries and languages. According to
Publishers Weekly, Wiggs writes with “refreshingly honest emotion,” and the Salem Statesman Journal adds that she is “one of our best observers of stories of the heart [who] knows how to capture emotion on virtually every page of every book.” Booklist characterizes her books as “real and true and unforgettable.”
Her novels have appeared in the #1 spot on the New York Times Bestseller List, and have captured readers’ hearts around the globe. She is a three-time winner of the RITA Award, the highest honor given for a work of romantic fiction. Her recent novel, The Apple Orchard, is currently being made into a film, and the Lakeshore Chronicles are being developed into a series.
The author is a former teacher, a Harvard graduate, an avid hiker, an amateur photographer, a good skier and terrible golfer, yet her favorite form of exercise is curling up with a good book.”
Susan Wiggs, http://www.susanwiggs.com/about/

Eloisa has a long bio, but it’s done in parts. Here is one:
Eloisa… on her double life:
“When I’m not writing novels, I’m a Shakespeare professor. It’s rather like having two lives. The other day I bought a delicious pink suit to tape a television segment on romance; I’ll never wear that suit to teach in, nor even to give a paper at the Shakespeare Association of America conference. It’s like being Superman, with power suits for both lives. Yet the literature professor in me certainly plays into my romances. The Taming of the Duke (April 2006) has obvious Shakespearean resonances, as do many of my novels. I often weave early modern poetry into my work; the same novel might contain bits of Catullus, Shakespeare and anonymous bawdy ballads from the 16th century.”
Eloisa James, http://www.eloisajames.com/eloisa.php

“NYT & USA Today, best-selling, award-winning author, Mimi Barbour, lives on the beautiful east coast of Vancouver Island and writes her romances with tongue-in-cheek and a mad glint in her eye. Asked why she prefers paranormal or suspenseful romance, she answers, chuckling…
‘Because it’s fun! Imagination can be a lot more interesting than what happens in real life to so-called normal people. I love my characters, and my goal is to make the readers love them also. To care about what happens to them while the tale unfolds. If I can steal my booklover’s attention away from their everyday grind, absorb them in a fantasy world, and make them care about the ending, then I’ve done my job.’
Thinking back, writing my first romantic suspense novel switched the hard work into fun, and I’ve not looked back. I love writing about men and women finding each other and falling in love. Along the way, it pleases me to fill their travels with gritty conflicts – spiced up with lots of humor and seasoned with a few tears, but always with endings that are happy.
***Author of: The Vicarage Bench Series / Angels with Attitudes Series / Elvis Series/ Vegas Series / Undercover FBI Series / and her newest called The Mob Tracker Series.”
Mimi Barbour, https://mimibarbour.com

Why am I looking at short bios?

What makes a good bio?

That’s why I wrote a book about it. 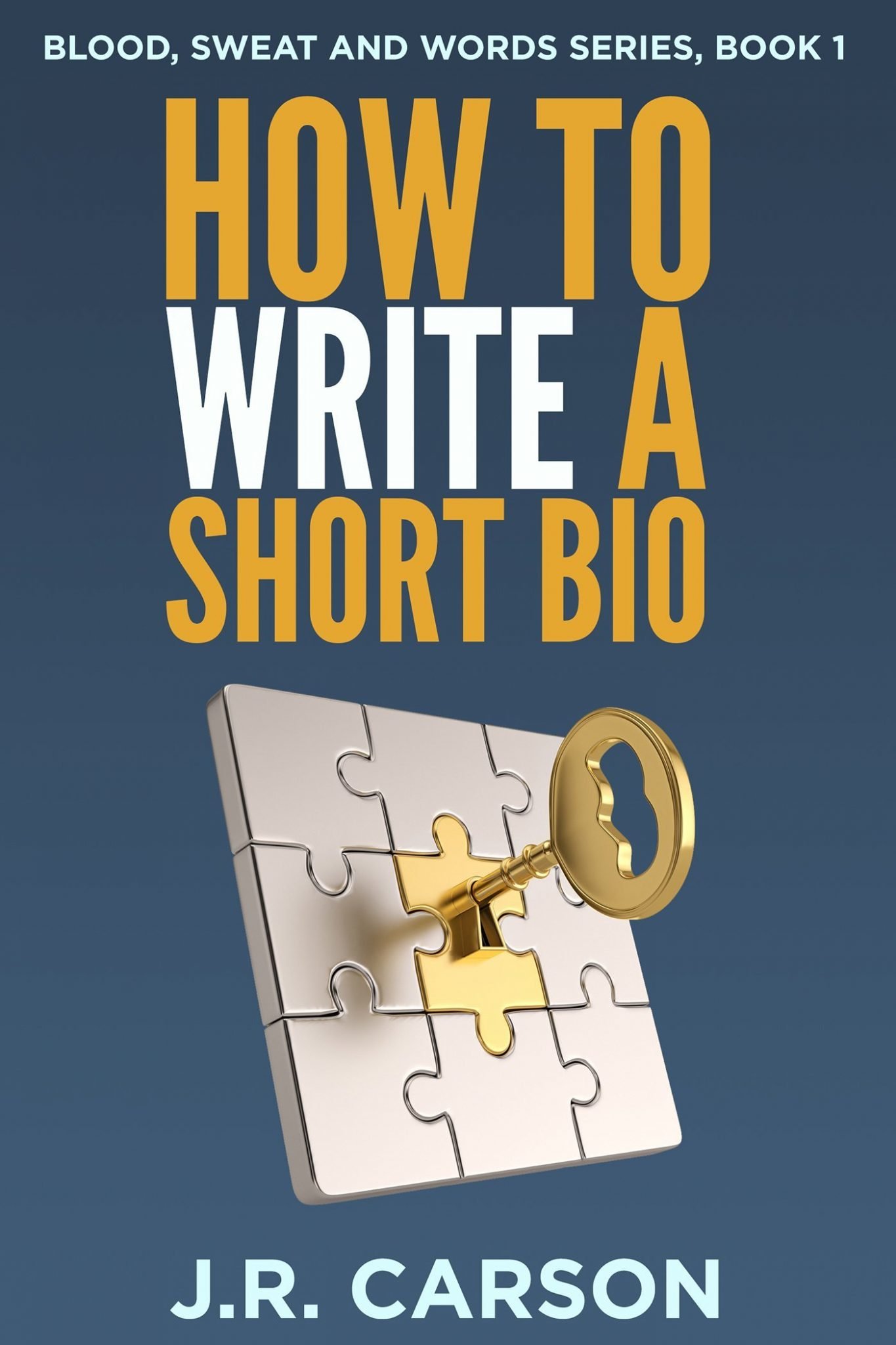 Your author bio is often the first thing people read about you. While it’s only a snap-shot, it needs to be accurate, well-written and as alluring as a femme fatale. You don’t want to throw together a paragraph that fits as well as last year’s Christmas sweater. Every word counts. Your goal is to knock the reader off the page and onto a sales platform. This book examines the craft of writing a powerful, short bio to promote yourself as a writer.

It’s $2.99 on Amazon.com  (where they will give you a 75% credit on other business books through a Great on Kindle program)   OR   you can get it for free if you sign up for my podcast newsletter.

Tomorrow on my podcast: 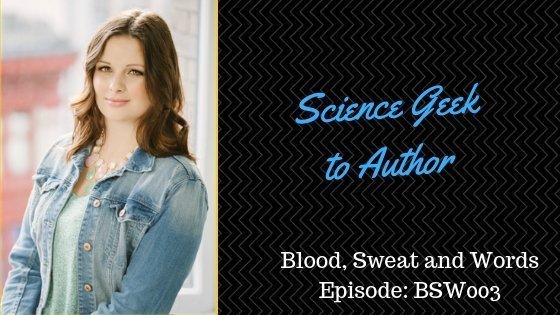 “Do you ever wonder where writers get their ideas?

I talk with J.C. McKenzie, who is a High school, math and science teacher by day and an urban fantasy and paranormal romance author by night. She’s the creator of the Amazon, best-selling dark fantasy, saga, The Carus Series, set in post apolcalyptic Vancouver. She’s the author of 9 books, soon to be 10 and is an unapologetic science geek.
J.C. was kind enough to be my first guinea pig, my first interview. It’s a fun interview. We talk about wild and weird things (including corkscrew penises) in science and how they translate into her writing.