Jody has been a conduit for ghosts her entire life. Not only do they come to her for help, but at times she experiences what they feel when they die. This gift or curse comes at a high personal cost—especially when a child is involved. There’s not a man alive who is willing to compete with troubled spirits.
Jared, a wealthy and determined high-powered P.I., has lived without love his entire life. In business if he wants something, he goes after it with a vengeance and is usually not denied. His life experiences have taught him that believing and trusting in others is a dead end street.
But on one magical night Jared meets Jody, and they soon find themselves on the brink of falling in love. But will the spirits surrounding Jody relinquish their hold on her in order for Jared to stake his claim or will their love disappear in an ethereal puff of smoke? 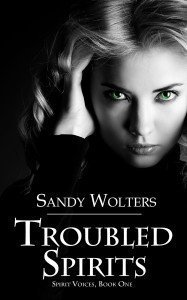 “Excuse me. What did you say?”
The familiar reaction had Jody’s heart sinking. She had to admit she did feel the tiniest bit bad for him. He’d had no clue the direction this discussion would take. Forcing a smile on her face, she knew it wouldn’t be long before he ran in the other direction. He’d end up bailing on her just like everyone else she’d been interested in had done.
She could pinpoint the exact moment his mind turned suspicious. His gaze penetrated as he visually examined every inch of her. When his expression softened and the warmth returned to his demeanor, she knew he’d probably devised some logical explanation for what she’d just said. At least that had been the pattern in the past with the men she’d been interested in. Maybe he attributed her comment to exhaustion. Maybe he just thought he’d misunderstood her. She’d have to speak concisely so her words wouldn’t be misinterpreted.
“I woke up last night to find a distraught four-year-old girl in bed with me.” No sugarcoating. She’d be straight up about her abilities, and he’d walk out. She hadn’t had time to get attached to him yet, so nothing gained. But for some reason, her heart sure felt like something had been lost.
“I don’t know when she died, but she’s determined to find her parents and talk to them.”
The color drained from Jared’s face.