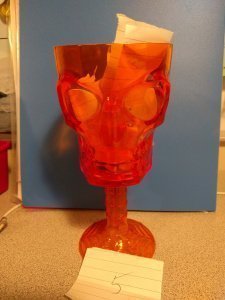 The winner of the Review Contest Draw for Confessions of a Pirate Ghost is [drum roll] Angel Crum. I’ve sent her a $25.00 Amazon gift card, which I hope she will have fun spending.
How did I do it? I put numbers in my skeleton cup and drew one. Each number corresponded to the number in my email list. While I had many reviews, only seven people emailed me a link, so they each had a one in seven chance of winning. 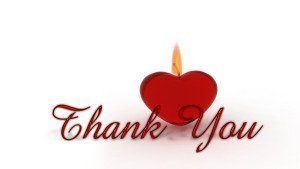 A huge, thank you from the bottom of my heart thank you, to all my readers and reviewers. You’ve helped me push my novella higher than any other story I’ve published. I reached a ranking of 4,223 in Amazon books sales, 7 in short reads Sci fi and Fantasy (and two of the spots ahead of me were taken by JK Rowling and another by a Nebula award winner), 43 in short reads, ghosts and 85 in short reads romance. I also made 2nd in short reads, sci-fi and fantasy hot new releases. I’m pretty excited. Please, keep spreading the word.
Now, I’m going to make myself a cup of coffee, pick up a book and have a good read.

0 Replies to “Winner of the Pirate Review Contest”