I thought I’d share my thoughts about books I’ve been reading during the winter storms. As you can see my tastes are eclectic. I have a simple criteria–I like a good story.

Dracula by Bram Stoker, a horror classic originally published in 1897

Following Faith, by Jacqui Nelson, a historical short story set in the old west, from the anthology Journey of the Heart

The Cold Dish, by  Craig Johnson, the first book in the popular modern mystery series, which has been adapted for the Netflix TV show, Longmire

Click on the covers for direct links to their Amazon page. 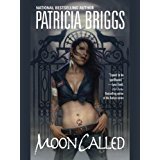 Moon Called is the first book in the highly popular Mercy Thompson, urban fantasy series, and it sure won’t be the last one I read. It is set at a time when the werewolves are about to “come out.”

Patricia Brigg’s prose is so smooth you forget you’re reading. I love her finely crafted characters. Particularly: Mercy, the auto mechanic, skin walker who tells her own tale, Adam the sexy, alpha werewolf you desperately want her to hook up with, Stefano a vampire whose allegiance is impossible to pin down and Zee, her intriguing helper. The detailed and complicated plot takes the reader through an exciting adventure.

As Patricia Briggs has over a thousand reviews on Amazon for this book, I won’t post mine, but I thought I’d share my thoughts with you. Have your read it? What do you think?

I read Dracula, because I wanted to read one of the first vampire stories,

and I’m glad I did. Although the language sounds long in the tooth and might remind readers of their great-aunt Betsy’s tales at the super table, after she took her teeth out, the story is filled with suspense.

It’s the journal of a young Englishman, Jonathan Harker, who travels to Transylvania to meet Dracula and help him move to England.

The first scenes describing his journey to Count Dracula’s castle are some of the most suspenseful I’ve ever read. Talk about dark and scary! It was the perfect read for the stormy weather that raged outside my windows.

“I waited with a sick feeling of suspense. Then a dog began to howl somewhere in a farmhouse far down the road-a long, agonized wailing, as if from fear. The sound was taken up by an other dog, and then another and another, till, borne on the wind which now sighed softly through the Pass, a wild howling legion, which seemed to come from all over the country … the imagination could grasp it through the gloom of the night.”

He arrives and meets Dracula. “Welcome to my house! Enter freely of your own will!”

Every fiber of my being screamed at the guy, “Don’t go in.” But he did.

Did I finish the book? No. I enjoyed the first ten percent, but by the time I made it to the 20 percent mark I was skimming. The language was too old and the plot too slow, but I could see that it was a great story in its day.

As Bram has over two thousand reviews, I didn’t post mine. I would have difficulty starring it, as it would undoubtedly have been a five in its day, but I found it hard to read.

Have you read his book? What do you think?
[youtube https://www.youtube.com/watch?v=Gqr3yzr64V4]

Jacqui Nelson is my favorite writer of western fiction. Her latest short story, Following Faith, is in the newly released anthology, Journey of the Heart. I loved everything about this story. It has adventure, suspense, a touch of humor and romance.

As the story opens Faith Featherby is abruptly dismissed from her teaching job in a small logging town by the school committee. Nelson draws the characters so well, you feel as if you’re part of the scene, listening to two old bitties accuse her of inappropriate behavior. With no relatives and no friends, Faith sets out to find the little girl she believes owns the spirit horse she has befriended. On the journey she meets Eagle and their adventure together begins. It’s a wonderful story and I highly recommend it.

The Cold Dish, by Craig Johnson

The Cold Dish, the first book in the Walt Longmire mystery series by Craig

Johnson is beautifully written. His prose reminds me of Steinbeck. The way his detailed setting enraptures the story reminds me of James Lee Burke. His unbelievably, witty lines crack me up. I could go on and on. It really is a “must read” for anyone who likes well-written genre stories with compelling characters who drive the plot and the reader through an adventure to be remembered.

Some of my favorite lines:

“Artists are always good for conversation, so long as you want to talk about their art.”

“Nobody makes an emotional bulletproof vest, so you just have to carry the shrapnel around with you.”

“He had his mother’s looks, his father’s temper, and nobody’s brains.”

I’m reading this book when I spin at the gym, so it could be a while before I finish it. I keep going over my thirty minutes on  the bike, because I’m so caught up in the tale.

Have your read any of Johnson’s stories? Do you like the TV show Longmire?

How about you? What have you been reading? 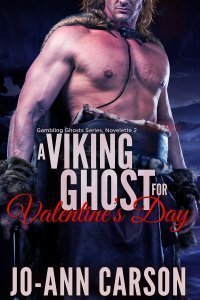 Another wonderful addition to the Gambling Ghosts series. Abigail Jenkins (Abby) is a widow with three children all under the age of five. The only job available is at the Haunted Teahouse the very teahouse where ghosts meet nightly for a poker game. Abby has agreed to be the night cleaner and her hours are flexible. Money is very tight especially with her youngest being sick and requiring medication.

Abby has heard all kinds of stories about the teahouse but feeding her children takes precedence over any fears she could have. Azalea who runs the teahouse has only one rule, Abby is never to enter one of the rooms no matter what she hears and Abby intends to keep that promise.

Eric Eklund is a one thousand year old Viking who died in an accident making going to Valhalla out of the question. Since he didn’t die in battle and could not go to Valhalla he decided to stay where he was and the poker games are a highlight of his nights. When he accidentally came across Abby everything changed for him because suddenly he found himself totally taken with a living woman.

Eric revealed himself to Abby and it doesn’t take long for her to accept the fact that the teahouse hosts a poker game every night for ghosts and one of them a gorgeous Viking god has become her protector. Neither of them have any idea that an evil spirit known as a poltergeist is determined to get Abby’s children to feed him.

Zane Carrington is a cop that has made a deal with the spirit in order to save his two year old daughter. The poltergeist Louis has his daughter prisoner and although the idea of being the cause of death for three small, innocent children is beyond anything he could have ever have imagined his daughter’s life is at stake and he has no choice.

Eric is determined to stop Louis and save Abby’s children and also wishes he could be human again so that he could show her how much he loves her. There is supposedly something that can change him back to human but if that is real or not is not something I will reveal.

This novella has it all, a gorgeous Viking ghost, a widow doing everything she can to save her three children and an evil spirit. There is love but of course it is between a ghost and a human woman so what are their chances? There are also surprises. I loved this addition to the series every bit as much as the first.