The Zen of Living in Vancouver - Jo-Ann Carson

Vancouver is a hipster town, filled with hot and cold yoga joints, well-stocked marijuana dispensaries,  and exquisitely prepared ethnic food from all around the world. Think Canadian Amsterdam. The streets are filled with women wearing yoga pants with Starbuck cups in their hand and  men on bicycles with briefcases. Who wouldn’t want to write a couple books about this place? Perched on the left coast of North America, wedged between the Pacific Ocean on one side and mountains and wilderness on the other, it’s physical beauty is unsurpassed. It’s culture is young, vibrant and evolving with the steady influx of new residents from around the world. The Vancouver-vibe is contagious.

And you don’t have to wear yoga pants to like it.

“… Vancouver has ranked first in North America and fifth globally in terms of quality of living for residents and expatriots in Mercer’s annual list, which looks at cities around the world and compares them on the basis of 10 criteria, which include political and social environment, economics, medical and health and education.” (Business Vancouver)

There is a beauty to the setting, both physical and cultural that I consider Zen-like. I breathe it in whenever I am there. And so I wrote two books: Black Cat Blues, which launched on January 15th and Ain’t Misbehavin’, which launches today.

A naked alderman, a haunted trattoria and a love that can not be denied.

When the manager of the Black Cat Blues Bar, singer 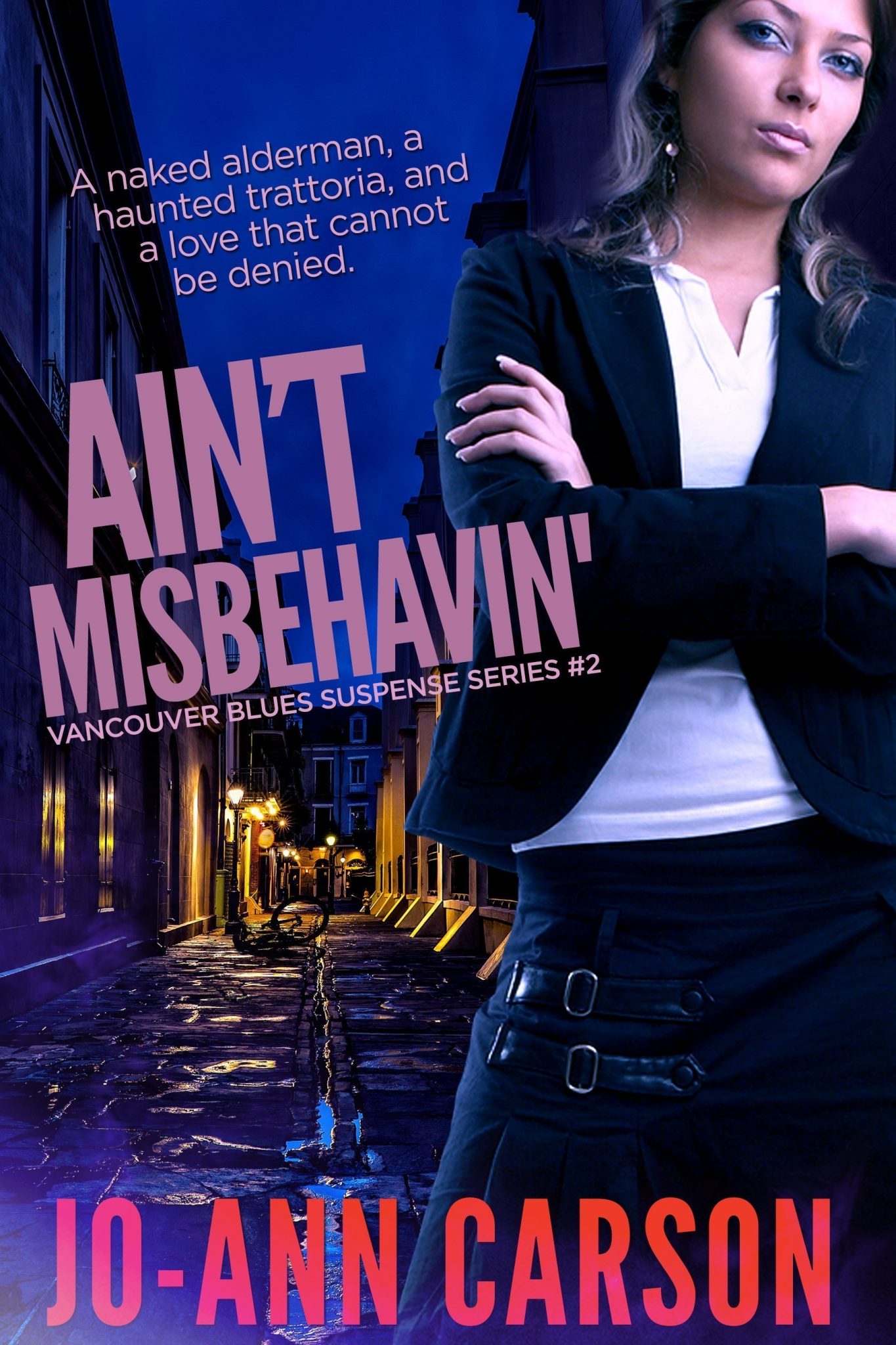 Maggy Malone, witnesses a murder in her favorite trattoria, her life is upended. Known as the Naked Alderman, the victim is a controversial politician who wants Vancouver to be known as the greenest city in the world. He’s also the lover of Maggy’s best friend.  Despite his noble ideals, his head ends up in the pasta.

The last thing Maggy wants to do is chase another murderer. She’s worked hard to keep the Black Cat afloat and sort out her life, which is complicated by two, hot men, and acts of sabotage at her dock community on Granville Island.

But when the body count rises, Maggy decides to catch the killer.

Ain’t Misbehavin’ is the second story in the Vancouver Blues series. If you like ghost stories and urban noir, you’ll love this book, which combines all of their best traits in a fast-paced, captivating and sensual, romantic suspense.

6 Replies to “The Zen of Living in Vancouver”