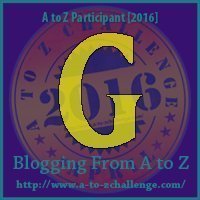 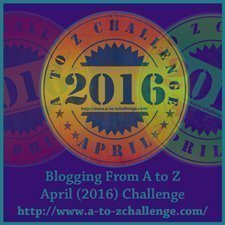 My A 2 Z posts will run concurrently with my usual posts. Hope you enjoy them.

G is for Gitche manitou – The Great Spirit

The First Nations People in the Algonquin area of North America told stories about the Great Spirit. They called him Gitche Manitou. The words are sometimes translated as the Great Mystery.

The Anishinaabe-Ojibwa people believed in many spirits and placed their images near doorways for protection. But the greatest of all the spirits is Gitche Manitou.

Some believed that the Great Spirit’s home was on Mackinac Island in Michigan and they made pilgrimages to the island and performed rituals.

Christian missionaries tried to link the concept of The Great Spirit, Gitche Manitou to the Holy Ghost in their religion. A oldest Canadian Christmas song, The Huron Carol was written by a missionary in 1643, and makes reference to this.

Gitche Manitou is the great spirit who is in, and of, everything.

MY A-2-Z INTRO TO WORLD MYTHOLOGY

A is for Anubis, the ancient Egyptian god of death who weighs your heart

B is for Brigid, the Celtic Goddess of Fire who terrifies me

C is for Cronus, Leader of the Titans, Father of the Greek Gods

D is for Dragons, Chinese Dragons

E is for Ekeko, God of Good Luck and Abundance

F is for Freya, Norse Goddess of Love

There are over 1850 blogs participating in the A- 2- Z event. Something for everyone. I am trying to check out as many of these great blogs as possible. You can too via this link:http://www.a-to-zchallenge.com/p/a-z-challenge-sign-up-list-2016.html

Jo , Food, Life and a Scent of Chocolate Topic: Food

Ipsita Banerjee,  A Sliver of a Moonbeam Topic: Book Friends

2 Replies to “G is for Gitche Manitou, Great Spirit – Supreme God #A to Z Challenge”