“The less one thinks about the theory of the I Ching, the more soundly one sleeps.” C.G. Jung

The I Ching, or in English, the Book of Changes, is a sacred Chinese text used to gain understanding of life. It is a divination manual that dates back to the Western Zhou period (1000-750BC). Over the centuries it has been used to assist in moral decision making as informed by Taoism and Confucianism.

“Everything flows on and on like this river, without pause day, and night.” Confusius

It’s all about change. Life is not an epic journey of events. It’s more like a constantly changing river.

“He who has perceived the meaining of change fixes his attention no longer on transitory individual things but on the immutable eternal law at work in all change.”

The philosophy is fascinating, but I won’t go into it here, as I can’t do it justice in a blog post.

And… The I Ching pops up in Black Cat Blues and its sequel Ain’t Misbehavin’.

Going back to Jung’s quote, experiencing the I Ching is unsettling. From the throwing of sticks or the toss of coins, a hexagram is drawn and from that a poetic statement about your life. I find my readings not only accurate, but illuminating. It’s not flashy like Tarot cards or tea leaves, which might tell you a tall dark stranger will darken your doorway, it’s deeply spiritual and instructive.

So to demonstrate it, I asked for two of my sisters (of suspense) to let me do a reading for them. Six volunteered. I love my sisters. Four of their readings are below.

I asked them to think of a question about their lives and then toss three coins. I made the following interpretations from the result, using the I Ching. Have a look. 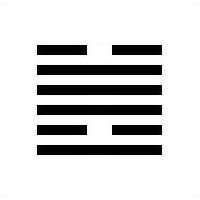 “Revolution. On your own day/ You are believed. / Supreme success, / Furthering through perseverance, / Remorse disappears.”

You are in a place in your life where change has become necessary. It cannot be avoided and should be approached with care and forethought. You may not get exactly what you want, but you may be “satisfied with the attainable.” If you go too far it could lead to unrest and misfortune.

“Damn- you’re good- it spoke right to my question- I’d say a ten in shedding light on my question. “

Veronica Forand is an attorney and an award-winning writer of romantic suspense. She’s lived in Boston, London, Paris, Geneva, and Washington, DC and currently resides near Philadelphia. An avid traveler, she loves to roam across continents with her husband and kids in pursuit of skiing, scuba diving, and finding the perfect piece of chocolate. 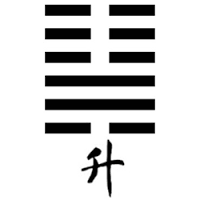 “Pushing Upward has supreme success./ One must see the great man. Fear not./ Departure towards the south/ Brings good fortune.” 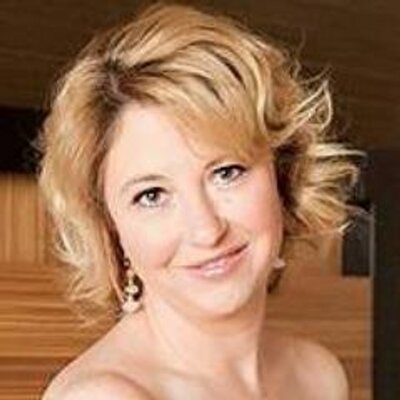 Melissa Keir has always wanted to be an author when she wasn’t hoping for a career as a race car driver.  Her love of books was instilled by her mother and grandparents who were avid readers. She’d often sneak books away from them so that she could fantasize about those strong alpha males and plucky heroines.

Melissa doesn’t believe in down time.  She’s always keeping busy.  Melissa is a wife and mother, an elementary school teacher, a movie reviewer for a local radio station, owner of a publishing company as well as an author. Her home blends two families and is a lot like the Brady Bunch, without Alice- a large grocery bill, tons of dirty dishes and a mound of laundry. She loves to write stories that feature happy endings and is often seen plotting her next story. 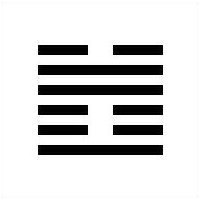 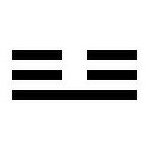 That sounded interesting. It was worded in a difficult way to understand, but from my interpretation of your interpretation, there is movement toward my goal (which was my question- would I succeed) and that I should persevere and let go of the guilt- which, given it was a writing question, I needed to hear.

I’d score your reading an 8.

I have no problem having my question on your blog- it may help your readers interpret your answers in a more meaningful way. Since my editor is making me heavily revise the novel I had thought I’d publish in Dec/Jan, my question was: Will this book be publishable by April?
Naturally I’m way behind in my writing goals to make this happen, both because of holidays and my own procrastination, and I am eaten up with guilt about it. Your answer gives me hope and does make me want to persevere, when it’d be just as easy to throw up my hands and say “I’ll deal with getting back to writing in the New Year.” Thanks Jo-Ann!
My note: The IChing will tell you about the forces of change working around you at any given time and give you suggestions of how best to move forward towards your goal. It doesn’t give yes, or no answers. It is larger than that. But I’m glad it was helpful and I appreciate you letting me do a reading.

If daydreaming were an Olympic sport, Sarah Andre would be buried under gold medals! Her debut romantic suspense, Locked, Loaded and Lying debuted in June and has garnered high praise. She lives in serene Southwest FL with her husband and two naughty Pomeranian boys, Bo and Taz. When she’s not writing, Sarah is probably sneaking chocolate, exercising or reading novels. When all procrastination attempts fail, Sarah can be found working on her latest romantic suspenseSecrets That Kill, due out in January 2016. 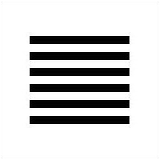 Trigrams Ch’ien on top of Ch’ien

It is a time of motion and change and high energy (spiritual as well as physical). Sublime success can be achieved through perseverance for what is right.

Interesting this focuses so much on the creative. The question had to do with whether my creative efforts would give me the income I need to live comfortably in Colorado. Looks pretty positive!

Sam Bradley, “Sister of Medical Romance Suspense” (writing as McKenna Sinclair) has spent 30+ years as a paramedic working the streets and the ER; responding to disasters, and training firefighters. She is a photographer, videographer and podcaster. Sam is a multi-published freelance writer for EMS related journals, online publications and textbooks. Her real-life experiences were incorporated into a soon-to-be-released trilogy called, “Partners, Odyssey of the Phoenix”. She loves dogs and banana cream pie.

Waving HI to Gina. Thanks for the follow. You rock!

Do you have any stories to tell about the I Ching? Love to hear them.