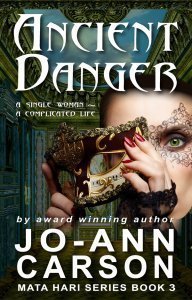 “All Sadie Stewart wanted was a nice romantic evening with her boyfriend Sebastian Wildes to celebrate their six-month anniversary. But when a masked assassin attempts to kill her, she knows instinctively what she must do. When she returns to the CIA for answers, she’s instead presented with a new mission that only she can manage. Bakai al-Sharif is power hungry, and desperate to save his ailing daughter with the only object that’s capable; King Tutankhamen’s scarab. With Sadie being the only operative to have ever penetrated his inner circle, she’ll have to use both her wits and sex appeal to thwart Bakari’s over the top heist. Will Sadie be forced to compromise her morals? Can her relationship with Sebastian survive a double life? More importantly, who wants her dead, and why? Fast paced and thrilling, a reader is immediately drawn into the action and suspense right from the opening chapter! While one may take in this third and latest installment as a standalone novel, some may feel left out without the knowledge of past character relationships, and the intricacies’ of Sadie’s own dynamic personality. However, the author blends the heroine’s internal dialogue and conflict to present a balanced and realistic characterization. Additionally, while some readers may struggle with Sadie’s resigned acceptance at utilizing sex to achieve her mission, these exploits aid in cranking up the thermostat of the steam intensity level. Overall, Ms. Carson delivers one a unique twist of mystery and suspense, as well as Ancient Egyptian magic, and steamy romance!” Stephanie Lodes, September Issue 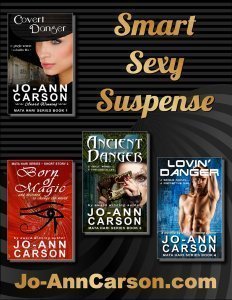 0 Replies to “An InD’tale Review of Ancient Danger”