A Mistake of a Lousy Housekeeper - Jo-Ann Carson 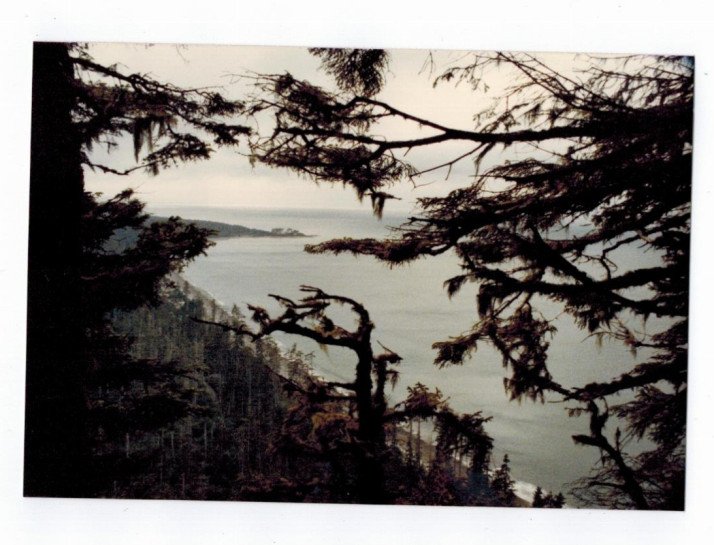 This is going back a few years, but it’s one of my memorable mistakes.

We were newly married and living on the Haida Gwaii, a remote archipelago off the west coast of Canada, one of the most untouched wilderness areas in the world; often referred to as Galapagos of the north. Long desolated beaches, moss dipped conifers, rugged mountains and bogs that can swallow you whole dominate the landscape. Skies heavy with mist fill with soaring peregrine falcons, eagles and rare sea-birds. The seas team with giant halibut, salmon and whales. A pristine wilderness. The grand beauty of the misty isles captures your mind and soul, suspending you in time. Ask anyone who’s been there. There is a mystical feel to the place, as if the Haida elders along with your own ancestors, your past and your future look down upon you from within you.

Anyway… there I was a new wife, trying to be a perfect wife, living in a logging camp in the middle of the rain forest. Raised in the city, this new home took some adjusting to.

And like all adjustments the problems showed mostly in the details. Determined to make the perfect home-life for my new family, I bought a book on how to be a good housekeeper. I made lists of chores and sub-lists. I phoned my Mom for advice. I coffeed with local ladies  and picked up pointers for how to live in the north. But in the end, I realized I had to pull my head out of all of that and manage on my own. I had to find my own way.

My first challenge was the drudgery of housework. I figured it couldn’t be too hard. Right?

We had a well-used washing machine shipped up to the Islands from Vancouver. This was in the days before the ferry. Despite the odd whirring sound it made, and the kind of jiggily dance it did, it did a reasonable job of cleaning  diapers and our clothes. I was happy with it until the day I decided to wash PJ’s favorite jacket.

I did mention that we were newly married. The shine hadn’t diminished from the glow of “it all” and I still thought him the most perfect human being in the world. Back to my story. It was a blue, three season jacket with lots of pockets, from the Mountain Equipment Coop, one of his prized possessions because it kept him dry in our constantly, wet weather.  Anyway… He hadn’t asked me to wash it, but he was at work and I wanted to do something extra-nice for him.

I threw it into the big tub of the old washer, covered it with soap and cranked the dial to the start arrow. The motor rumbled, it did its whirly jig, and the smell of detergent filled the air.

I played with my baby, content that I had done something right today.

An hour later I pulled the jacket out to hang it up to dry. I held it up and gasped. Small bits of tissue covered the entire garment making it look like it had been through a ticker-tape parade in hell. No longer blue, the prized jacket had turned a really ugly, grey. I shook it and shook it and shook it some more, but every single, piece of tissue stayed put.

Now, remember, I’m in the middle of the wilderness on an isolated island. There are no shops for miles and those shops provide food and essential items, not lint killers. For the next three hours I picked pieces of tissue paper off the jacket by hand, vowing that never, ever again, would I wash anything without diligently checking every nook and cranny it possessed.

PJ came home, looked at the rumbled  jacket and winced. But life went on.

I can’t say I never made that mistake again. I’ve made it many times. But that’s okay. Every time I pull a piece of clothing covered in tissue paper out of the washer I grin and remember that day way back then. I don’t think much about the jacket. It’s just the catalyst, a portal back to that time. I remember my baby’s sweet smile and how she loved to giggle. I remember the joy of setting up our first home. I remember the love in that home. The love that has continued to grow to this day… despite the lint.

So that’s my story for this edition of Monday Mistakes.

“I hate housework. You make the beds, you wash the dishes and six months later you have to start all over again.”
― Joan Rivers (from Goodreads)

How about you? Do you have a story to share?

0 Replies to “A Mistake of a Lousy Housekeeper”