Lady of the Flames by Barbara Monajem - Jo-Ann Carson 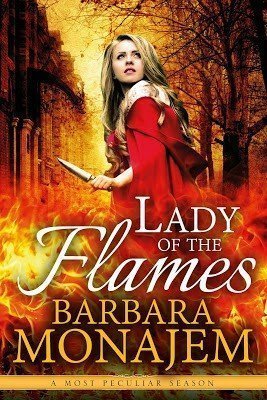 Magic is fraught with peril—but so is love.

Lord Fenimore Trent’s uncanny affinity for knives and other sharp blades led to knife fights, duels, and murderous brawls. Five years ago, he faced a choice: marry Andromeda Gibbons, the woman he loved, or find a safe, peaceful use for his blades by opening a furniture shop—an unacceptable occupation for a man of noble birth. The choice made itself when Andromeda turned to another man. The furniture shop prospered, but now Fen’s partner has been accused of treason. In order to root out the real traitor, he may face another unpalatable choice—to resort to the violent use of his blades once again.

Once upon a time, Andromeda Gibbons believed in magic. That belief faded after her mother’s death and vanished completely when Lord Fenimore, the man she loved, spurned her. Five years later, Andromeda has molded herself into a perfect—and perfectly unhappy—lady. When she overhears her haughty betrothed, the Earl of Slough, plotting treason, she flees into the London night—to Fen, the one man she knows she can trust. But taking refuge with Fen proves to mean far more than getting help—it means learning to believe in love, magic, and the real Andromeda once again.

One: I love that moment when the lovers meet again.

Andromeda Gibbons had long since decided that Lord Fenimore Trent meant nothing to her. Their previous acquaintance was practically a figment of the imagination, so the inevitable encounter with him wouldn’t affect her in the least.

Shouldering his way through the crowded ballroom and bearing down on them now, he didn’t seem as much like a figment as she’d hoped.

Two: I love how the lovers have erected barriers to protect themselves.

Fen set the knife on the dressing table, examining in the candlelight the dark stains on the blade. He put one fingertip to the sticky blade, then sniffed it. Blood indeed.

Something terrible must have happened to drive Andromeda here. He knew an urge to take her in his arms, to hold and comfort her, but dismissed that as insanity. He had almost ruined his life once for Andromeda; never again.

Three: I love how they’re forced by circumstances to overcome those barriers.

“Why are you here?” Fen’s voice was harsh. He must absolutely loathe her.

“I’m terribly sorry to disturb you,” she said, “but I couldn’t go home, and I couldn’t go to any of my friends. You were the only person I could think of. I thought—” Why must her voice tremble? Please don’t make me go home.”

“Andromeda, you can’t possibly stay here for more than a few hours to recover.”

Oh, come on now. Fen is a hero! He can’t possibly send her away.

“If you remain here, your identity will come out, which would be catastrophic for both of us.”

Hah! Catastrophe is exactly what they need.

Four: And last of all I love how, in the end, their rekindled love simply cannot be denied!

Do you like second chance stories? Why or why not?

Years ago, Andromeda had felt no need to talk when with Fen, but now it was uncomfortable, like conversing with a stranger. She took a sip of coffee and ate a sausage roll. She sipped some more coffee. She gazed around the room and finally found something to say.

“Did you carve the figures on your looking-glass frame?” she said. As a boy, he had whittled constantly. “They seem so…familiar somehow.”

“They should,” he said with a sudden smile. “I carved it from my memories of the fairies and hobgoblins back home.”

“At your father’s estate,” he said. “Surely you remember Cuff the bedchamber hob, and Heck the buttery spirit, and all the rest.”

“My mother told stories about them,” Andromeda said, nostalgia filling her again. “I must say, I like the way you’ve imagined them.”

Fen frowned at her, his smile fading, his eyes perplexed. “I didn’t imagine them,” he said. “I saw them.”

Andromeda rolled her eyes. “That sounds like something my mother would have said.”

“Because she saw them, too.”

Andromeda began to be annoyed. “Don’t be ridiculous, Fen. She made up stories based on tales she was told as a child.”

Fen shook his head. “You saw them when you were small. You saw Cuff and Heck and the others. We both did.”

“No,” Andromeda said. “We saw movement out of the corners of our eyes and said they were fairies, but we were just playing games.”

Fen’s expression was pained. “You really don’t remember, do you?”

“There’s nothing to remember,” she insisted, wolfing down another cream puff. “As a matter of fact, that happened to me this morning. I had the impression that one of the creatures on the looking-glass winked at me, but of course it didn’t really do so.”

“What’s that supposed to mean?”

“That you’ve forgotten. That wink was Cuff’s way of saying good-day to you. He’s somewhere hereabouts. He’s the only one I didn’t have to carve from memory, because he came with me when I left home.” He glanced toward the tin cup and plate by the wall. “He ate the bread and milk I put out, and I gave him the rest of your brandy, too.”

She couldn’t stand any more of this. “Fen, stop this nonsense! We’re in danger from traitors and spies who murder people, and all you can talk about is hobgoblins.”

He went on as if she hadn’t spoken. “I wondered why he came with me when I left, but it’s because he enjoys human company.” He grimaced. “Your father and aunt aren’t his sort of humans. I thought you were, and so did your mother, but evidently you’re not.”

That struck her like a blow. “What do you mean, my mother thought I was. Was what?”

“She had a sizeable amount of fairy blood, so she thought you must have some, too—but perhaps she was wrong.” He paused. “I know I have some. It’s not uncommon for children to see fairies, but I didn’t lose that when I grew up. Not only that, it’s their magic that guides my knives and tools, and inspires me when it comes to furniture design.”

She couldn’t bear it. “Stop it! You’re as—as mad as my mother was.”

“She wasn’t mad, Andromeda.” He sighed. “And whether or not you see the fairies, they’re still here.”

She put her hands to her ears and shut her eyes. After all the chaos of yesterday, this was too much. When he said and did nothing, she opened her eyes again. “Why did she discuss me with you?”

“Who else was there to speak to? Your father and aunt, although worthy people, wouldn’t have understood. They already found her far too strange.”

This was true—but it was because Mama’s mind was unbalanced.

“She knew I cared for you,” Fen said.

His eyes were kind but dispassionate; his use of the past tense meant that he didn’t care anymore, except perhaps as an old friend. Why couldn’t she become accustomed? Every single reminder hurt.

“You believed in them at the time your mother died,” he said. “She gave you that heart-shaped locket, didn’t she?” It still hung at her breast, but she resisted the urge to clasp it in her hand.

“I was nine years old. I believed in many foolish things then,” she retorted. Such as magic, but a household run by her aunt was no longer vibrant with promise or belief in anything much at all. And then, when she was seventeen, Fen had destroyed what little belief remained. She didn’t try to keep the bitterness from her voice. “I learned soon enough what utter nonsense it all was.”

He watched her, head cocked to one side, as if she were some strange, incomprehensible creature. “As a matter of interest, when did you stop believing?”

How dare he ask such a personal question? “What business is that of yours?”

“None, I suppose.” He shrugged and stood. “Stay away from the windows. I’ll see if my valet has found you something to wear.” He took the last of the beignets, set it on a saucer, and left it on the floor by the wall.

As if prying into her business wasn’t enough, now he was mocking her. Did he seriously expect her to believe that a hobgoblin would eat the beignet? Anger stirred and grew within her. “If you must know, it was at the same time I gave up other foolishness, such as believing in love!”

Fen stared at her, his expression incredulous. He left the room, slamming the door behind him. By what right was he upset? Not content with playing stupid games with her, did he really not remember what he’d done to her five years ago? 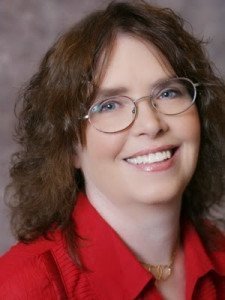 Barbara Monajem grew up in western Canada. She wrote her first story, a fantasy about apple tree gnomes, when she was eight years old, and dabbled in neighborhood musicals at the age of ten. At twelve, she spent a year in Oxford, England, soaking up culture and history, grubbing around at an archaeological dig, playing twosy-ball against the school wall, and spending her pocket money on adventure novels. Thanks to her mother, she became addicted to Regency romances as well. She is the award-winning author of several Regency novellas, many of which include elements of magic, and the Bayou Gavotte series of paranormal mysteries. Apart from writing, she loves to cook (especially soups), and the only item on her bucket list is to be successful at knitting socks (which she doesn’t expect to achieve). She lives near Atlanta, Georgia, with an ever-shifting population of relatives, friends, and feline strays.

Lady of the Flames

Series: A Most Peculiar Season 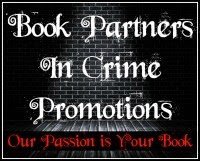 0 Replies to “Lady of the Flames by Barbara Monajem”