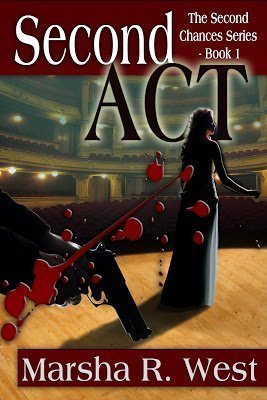 When a member of the board of a non-profit arts agency in Fort Worth turns up dead, the homicide detective assigned to the case looks at everyone involved in the organization, including the Executive Director.

Addison Jones Greer, divorced mother of two teens, is the Executive Director of Cowtown Theatre. When a board member is found in the costume room murdered, suspicion rests on everyone involved with the theatre, including Addie. She has angered some board members because she wants to fire the Artistic Director. Although she’s warmed him several times, he continues to go over budget for productions.

Mike Riley, Fort Worth homicide detective, hates that he caught this case. His sister-in-law dragged him to a theatre fundraiser where he met Addison, the first woman he’s wanted to pursue a relationship with in a long time. Not about to happen now.

Addison hasn’t ventured into romance since she caught her now ex-husband in their bed with his secretary. As a result she doesn’t do trust. How could she trust someone who seems determined to think she’s capable of murder? Or worse, thinks her kids might be involved.

SECOND ACT is Book 1 of the Second Chances Series. We meet four women, now in middle age, who’ve been friends since they met at summer camp after second grade. Whether they realize it or not, they all need a second chance.

“You promised this wouldn’t happen again, Clay.” Addison Greer glared at the man sitting across from her in her Cowtown Theatre office, the pitch of her voice higher than she intended. She hated confrontations, but those red numbers marching across the spreadsheets covering her desk made her stomach roil and her hands shake.

“Yeah, I know, Addison. I needed more wood than I’d anticipated. After we put the first set together, it didn’t work out, and we had to start over. It wasn’t my fault.” His leg draped over the arm of the chair as if he had no worries, but his voice had taken on the whiny tone that sent Addie’s blood pressure into the stratosphere.

Her fingers tightened around the marker she’d used to highlight the deficits. “No? Then whose? Going over budget isn’t an option, Clay. The theatre can’t survive this way, and since you can’t change, you won’t make it here either.” Addison hated to put it that way, but damn, she’d been plenty patient with Clay Bennett, the theatre’s artistic director.

“What do you mean, I won’t make it. Are you threatening my job?” He set both feet solidly on the floor, jutted out his chin, and clenched his hands on the arms of the chair.

Good thing she wasn’t alone in the building with him. She suspected he’d like to take a swing at her. The first show of the fall season closed last night, and crewmembers were working all over the place disassembling the set, cleaning the costumes, and evaluating make-up needs.

“That’s exactly what I mean, Clay.” The steel in her voice was unmistakable.

“And this is my brother-in-law, Mike.” Cindy pulled him forward.

Now those blue eyes fastened on him as they had his brother. Mike’s pulse skipped a beat. Hell. Why had he worn his stupid boots? He wished he had on a highly polished pair of shoes like the ones Pat wore. Even one of those strangling bow ties. Anything to make him seem acceptable to this woman.

“Yes, ma’am.” Mike held the woman’s hand longer than necessary, too. She was gorgeous, and the warmth sent from her sparkling eyes and smiling face spread through him. If he’d worn his western hat, he’d have yanked it off and fiddled nervously with the brim.

“You might say.” He was like a teenager with his first crush. A waiter passed by, and he set his half-empty glass on the tray. Wouldn’t do to drop it. He’d look like the ass he felt.

“You didn’t finish your champagne, detective. Don’t you like it?” A small crease formed between her eyebrows, apparently worried the champagne they’d chosen for the fundraiser had failed to find favor with him. She tipped her head, waiting for him to answer, as if it was important to her.

A laugh burst from her mouth, and the corners turned upward, a small dimple winked at him. The laugh morphed into a giggle, which she tried to smother with her fingers. Fingers he’d love to taste, as well as her rose-colored lips.

“I’m so sorry, detective. I’m not laughing at you.”

“No?” He couldn’t help but smile at her, even if she was making fun of him.

5 stars on Amazon and Goodreads….

The heroine, Addison, is a mature woman who likes her coffee strong. West does an excellent job of showing us both her strength and her vulnerability. The love scenes are filled with passion. I quote: “The emptiness in her cried out for his body. For his touch. For his kiss…” The bad guy is… really bad. A great romantic suspense with surprising plot twists, fully developed characters, passion and a touch of humor. 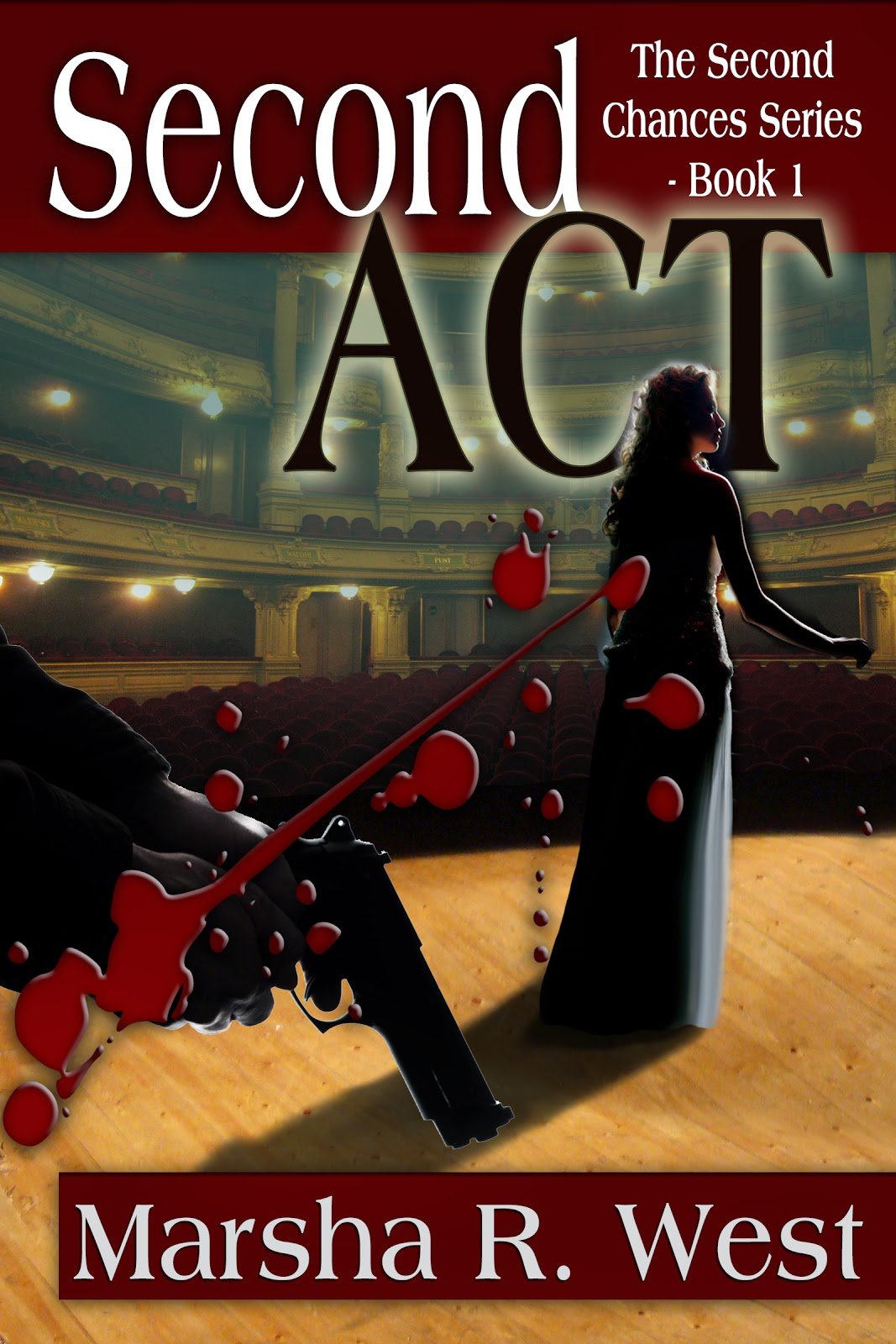 Marsha R. West, a retired elementary school principal, is also a former school board member and threatre arts teacher. She writes Romance, Suspense, and Second Chances. Experience Required. Marsha lives in Texas with her supportive lawyer husband. Their two daughters presented them with three delightful grandchildren who live nearby. A new dog, Charley, a Chihuahua/Jack Russell Terrier recently adopted them.

MuseItUp Publishing released her first book, VERMONT ESCAPE in July 2013 and her second book, TRUTH BE TOLD, in May 2014. In the fall of 2014. Marsha formed MRW Press LLC to provide a print version of her books. VERMONT ESCAPE is available at Amazon in print or from her in person.  SECOND ACT, Book 1 of the Second Chances Series, follows up with a secondary character from VERMONT ESCAPE and begins a four-part series.

You can contact her at marsha@marsharwest.com and catch her blog on her web site http://www.marsharwest.com. She’d love to hear from you. 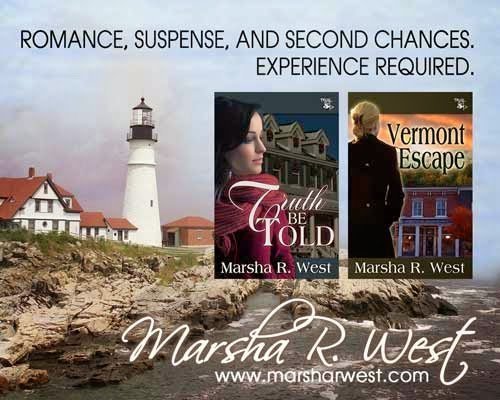 0 Replies to “Review of Second Act by Marsha R West”