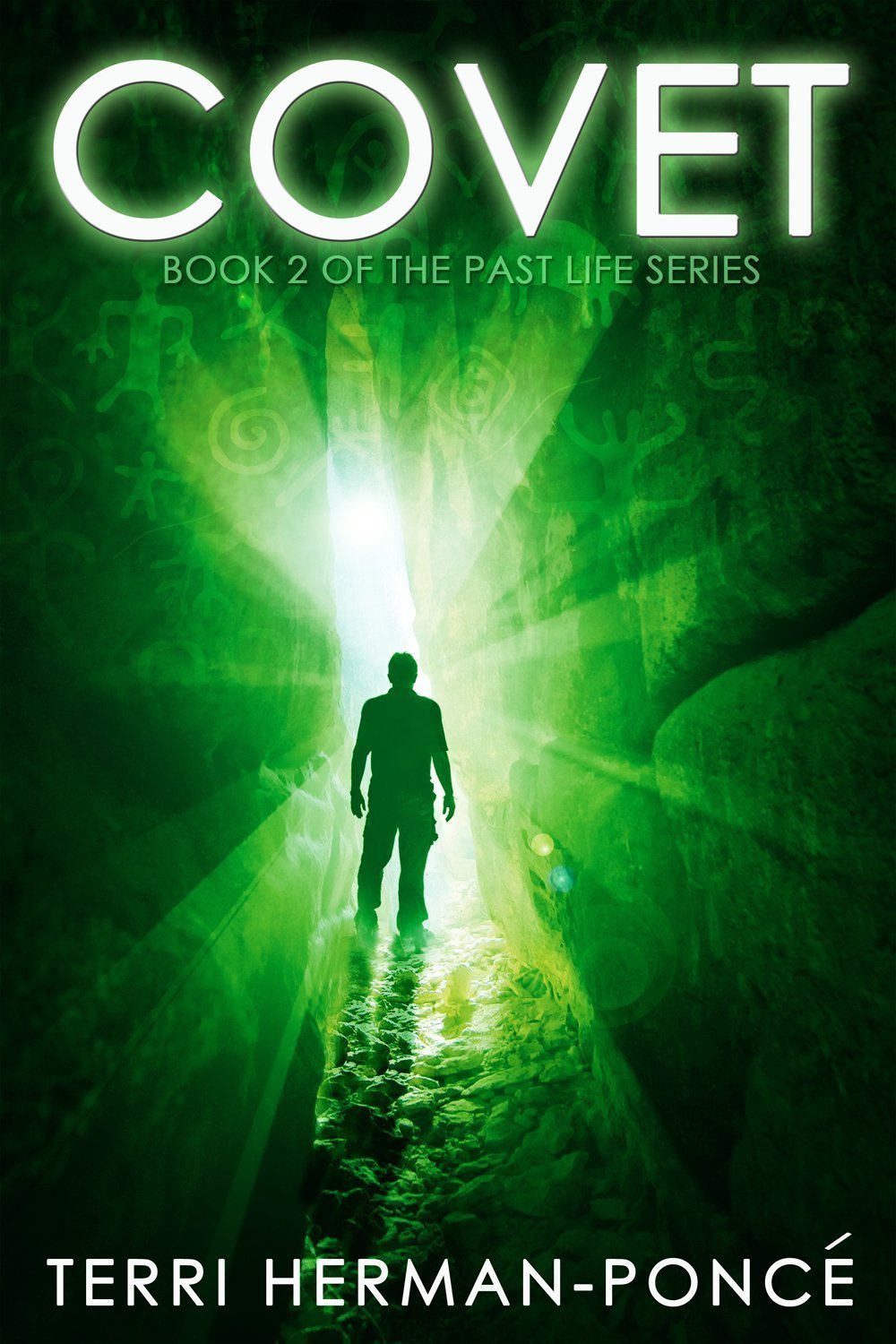 Everyone wants something.
Even if it belongs to someone else.
And some will destroy the very thing they want, just so no one else can have it.
Professional soldier David Bellotti’s latest mission seems simple: steal the key card to a drug lord’s compound so the empire can be infiltrated and destroyed. But when David discovers evidence of his lover Lottie’s possible infidelity, his mission turns personal. He searches for answers others would kill to keep buried and discovers a link to the past he’s been trying hard to ignore.
Ancient lives, twelve thousand year old secrets, murder, and primal instincts lead David on a journey through past lives and present danger—all to save the woman he loves.
Find your way back through history, when hunter-gatherers roamed and David and Lottie’s past incarnations began. The Reading Café calls Covet, Book Two of the Past Life Series, “An amazing and fascinating storyline of suspense, mystery, betrayal, hatred and love.”

What would you do if you were queen of the universe?

Gee thanks, Jo-Ann, for such an easy blog topic. Yes, that was sarcasm. J
I had to think long and hard about her question “what would you do if you were queen of the universe), and my initial, kneejerk response was…I have no freaking idea!
The first thing that came to mind was that there is no one really good answer. Did I want to sound like Miss America and say I would change things so that we lived with world peace? Would it be better to tell everyone that I’d make sure everyone was equal in every way imaginable? Did I want to say I would end hunger, or live a happily ever after with George Clooney (damn him for getting engaged), or become a rich and famous rock star?
Oh man, the choices.
And then one night I was sitting outside and looking up at the stars (there weren’t many; an unfortunate byproduct of all the light pollution that comes from New York City), and thinking about the stories I write and the past history mysteries in them, when it hit me.
I’d find all the answers to all the enigmas from our past. Like, who were the people of Nabta Playa and why and how did they construct an astronomical device that pre-dates Stonehenge? Just how advanced were they? And what about ancient cave art painted thirty and forty thousand years ago? What were those ancestors trying to tell us? Did they have a message they were trying to convey? And how did they reach that kind of skill level? And what about the Dendera Reliefs? Do those carvings in Egypt represent an ancient knowledge about electricity or are the pictures based on mythology instead?
There are so many unknowns out there, and right under our feet. I was never a huge history buff, but I have to tell you that there is something so very enigmatic about our past that sucks me in every time. The list of ancient and intriguing wonders is incredible, and I can’t help but wonder what secrets they hold. And that, my dear readers, is what I’d do if I were queen of the universe. Find the answers to all those fascinating mysteries.
So what about you? Are there any ancient curiosities in this world you’d like to know more about? I’d like to know.
Thanks for having me here today! It was a fun visit!
Oh, and PS – if I really were Queen of the Universe, that would mean I’d have unending powers. So, yeah, I’d definitely work on world peace, and world hunger, and all the things that would make this planet a better place to live.

I blew out the entrance and took off, hustling through the panicked crowd. Another gun fired and police sirens sounded in the distance. I made a left down a small street then a right into an alley, jumping a garbage can, hurtling over a short wall, and disappearing into the neighborhood. If Galen didn’t make it to our backup rendezvous point, I had to get to the safe house and that was five miles away. And right now, I had no idea if Galen and Lady in Blue were still alive.
I skidded past a corner, wondering if I should take the chance and call an alert into HQ, when I heard screeching tires. I backed up, pressed myself against a wall, and realized who it was. Galen in a Toyota. He threw open the passenger door and I jumped in, slamming the door shut as Galen jammed the gas pedal.
“You get it?” he asked, swerving through a turn then dropping our speed so we didn’t draw attention.
I nodded. “Is Lady in Blue okay?”
Galen hugged another turn. “She will be. She came to when the gunshots were fired.”
I blew out a sigh of relief. It wasn’t the first time a distraction job had taken a bad turn, but it was still a worry. “And the cops?”
“All at the nightclub. But we will have to lose the car.” He used his cell phone and dialed our contact, making arrangements for cleanup.
I pulled out Sahin’s wallet and lifted the keycard. “Payday,” I said, holding it up.
“Mommie Dearest says we should leave the wallet and card with the car.” Galen disconnected the call. “They will pick it all up at the Starbucks near the safe house in ten minutes.”
I drew in a breath and held it, forcing my heart and my lungs to calm down. Another close call. I loved this stuff.
“You love this stuff way too much,” Galen said, glancing my way.
I had known Galen all of three months, and he was far too good at reading my mind already. I was trying to get my head wrapped around the fact that we were connected in a way that didn’t make sense, but that didn’t mean I had to like it. Ignoring him, I sank into the seat, letting the adrenalin wear off.
“Let’s see what else we’ve got on this guy.” Inside his wallet I found a black American Express, a MasterCard, and over five thousand Euros in the billfold. A picture was tucked in with his identification. I pulled it out and held it up to catch the light from passing street lamps.
It was a photo of the love of my life kissing another man. 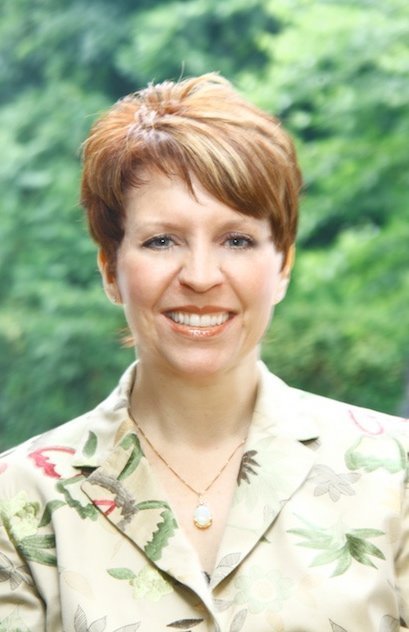 Terri looks for any opportunity to make stuff up. She thinks anything that can’t so easily be explained is worth an extra look and often makes a great story. She loves red wine, scotch, sunrises, Ancient Egypt, the beach—and a host of other stuff that would take too much real estate to talk about. The youngest of five children, Terri lives with her husband and son on Long Island. And, in her next life, if she hasn’t moved on to somewhere else, she wants to be an astronomer. Terri’s fascinated with the night skies almost as much as she’s fascinated with ancient Egypt.
Terri is a member of member of Sisters in Crime and Mystery Writers of America, and you can read about her at http://terriponce.com/.
If you love social media, you can also find Terri on Facebook at https://www.facebook.com/Terri.Ponce.Author and on Twitter at https://twitter.com/TerriPonce. Come visit. She’d love to hear from you! 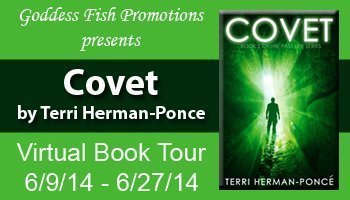 0 Replies to “Covet by Terri Heman-Ponce”