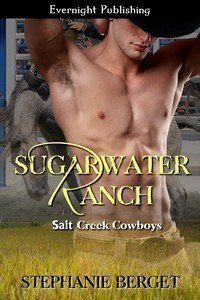 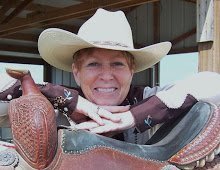 Stephanie Berget was born loving horses and found her way to rodeo when she married the Bronc Rider. She and her husband traveled throughout the Northwest while she ran barrels and her cowboy rode bucking horses. She started writing to put a realistic view of rodeo and ranching into western romance. Stephanie and her husband live on a farm located along the Oregon/Idaho border, where they raise hay, horses and cattle, with the help of Dizzy Dottie, the Border Collie, and two Munchkin cats, Magic and Martin.

And what would you do if you became the Queen of the Universe?

As Queen of the Universe, I’d bestow on everyone the ability and determination to achieve their loftiest goals. Accomplishment feeds the soul.

Blurb: Sean O’Connell’s life is perfect, or it was until his partying lifestyle affected his bull riding. Now he’s ended the season too broke to leave the Northwest for the warm southern rodeos. When a wild night with his buddies gets out of hand, he wakes up naked, staring into the angry eyes of a strange woman. His infallible O’Connell charm gets him nowhere with the dark-haired beauty. It’s obvious she’s not his usual good-time girl, so why can’t he forget her?
Bar-manager Catherine Silvera finds a waterlogged, unconscious cowboy freezing to death in front of the Sugarwater Bar. She saves his life–then runs faster than a jackrabbit with a coyote on its tail.  Any man who makes his living rodeoing is bad news, especially if he thinks partying is part of the competition. He’s everything she doesn’t want in a man, so why can’t she shake her attraction to the rugged cowboy?

Catherine changed into her pajamas, her arms and legs so heavy she wasn’t sure she could make it to the bed. Gator was curled into a ball on the bedside rug. She rubbed the dog’s ears then climbed into bed and snuggled under the covers. At last, she could sleep.
But as she lay in the dark, her mind wouldn’t quit whirling. Having a stranger in her house unsettled her. Even though she knew his name, she really didn’t know him. She hadn’t seen Sean since she was twelve.
Her feet hit the cold floorboards, and she padded across the room to her antique dresser. Pushing and shoving, again and again, she moved the heavy piece of furniture until it stood guard in front of her bedroom door. It wasn’t as good as a deadbolt lock, but better than nothing. This way he couldn’t sneak up on her while she slept. She doubted he was going to wake in the next twelve hours, but a girl couldn’t be too careful.
She’d lived by herself since she’d returned to Dalhart, so it never occurred to her to get a lock for her bedroom door. Tomorrow she’d call Uncle Ray and have him pick up a deadbolt at the hardware store. She’d be prepared for the next time, if there was a next time.
As the first pink rays of dawn lit the sky, Gator woke her from a deep sleep, whining and pawing at her bedding. On a normal night, he stayed outside and had the run of the yard. He was ready for his normal night.
With Sean in the house, Catherine had kept the dog in her room as added protection, but now he wanted out. She felt her way across the room, flipped the latch then slid the window open. Gator hopped through into the large backyard and began to explore his territory. After closing the window, she dropped back into bed. By the time her eyelids had closed, she was asleep again.
Uncle Ray owned the old farmhouse where she’d lived since she’d come back to Dalhart. It was less than three miles from the bar and one of the perks of the job. Living alone, Catherine was used to her house being silent unless she made noise. She heard someone moving outside her bedroom door, and panic filled her sleep-fogged brain.
Memories of the night before flooded back. The man she’d brought home must be awake. She heard mumbling and a small crash, followed by loud swearing. She pulled the covers up to her chin and debated what to do. Did she want to leave the safety of her room? If she waited long enough, maybe he’d go away. Then she remembered his truck was still at the bar. He wasn’t going anywhere.
She pulled on jeans, running shoes, and a thermal shirt. After pushing the dresser just far enough to slip through, she turned the doorknob slowly so as not to make a sound and inched open the door. The hall was empty, but the sound of water running let her know someone was in the bathroom.
With her back pressed against the wall, she was careful to be quiet as she crept along the hallway. Leaning forward, she stuck her head around the corner of the door.
Quiet be damned. There, in the buff, was one of the nicest butts she’d ever had the privilege of ogling. Not that she’d seen many naked men’s butts, but she was sure this was prime real estate. Holy cow, where was her cell phone when she needed a camera?
The man stood at the sink with his head under the faucet, her quilt pooled at his feet. She should leave, she really should, but her feet were pasted to the floor, her heart beating so hard she was afraid he’d hear. Her fingers tingled with the desire to touch. Without thinking, she put her hand against the door, moving it just enough for the hinge to screech.
He straightened, and looking in the mirror, stared directly into her eyes.
She’d been caught, and she wanted to run, but the sight of his green eyes locked on her kept her motionless.
Without a word, he bent to retrieve the quilt. Wrapping it around his waist, he turned to face her, and her eyes focused on his six-pack abs. The slight movement of his mouth as he smiled drew her attention to his face. The scar running through his left eyebrow kept him from being a pretty boy. He was the whole package, candy to her sweet tooth. Then she remembered how she’d found him last night. Stepping back into the hallway, she put her hands on her hips and raised her chin. No matter how good-looking, he wasn’t the man for her. To Catherine, life was more than partying till she dropped.