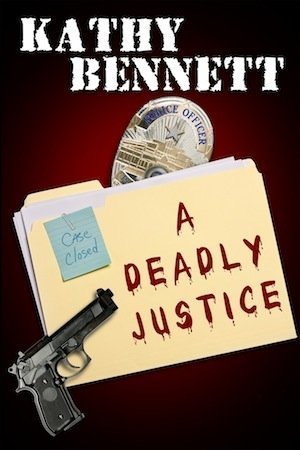 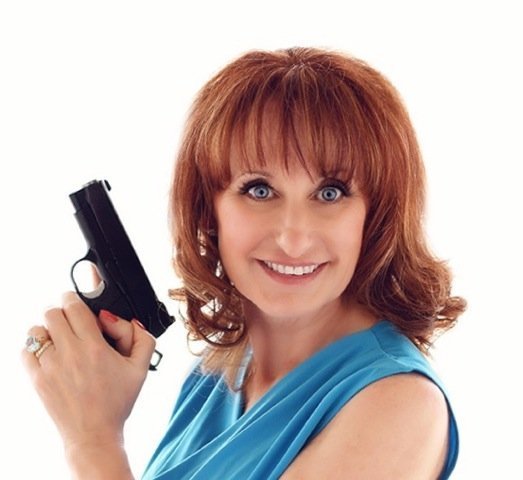 Hi Jo-Ann, and thank you for having me on your blog.
So, you said you’d like to know a little about me.
When I was about twelve years old, I discovered the television show Dragnet. I was sure that I wanted to be the female version of Sergeant Joe Friday and be a police officer for the LAPD. That was the plan until I went to Las Vegas with my parents and thought maybe I’d like to be a Blackjack dealer.
With a lot of stuff happening in between, I eventually wound up in the Los Angeles Police Academy, where I worked as a police officer for the LAPD for twenty-one years. I loved being a police officer and it was icing on the cake when I was named Officer of the Year in 1997.
In my spare time I began to study the craft of writing and joined the Romance Writers of America, thinking I’d be a romance writer. I knew I was in trouble when my critique partner kept asking me, “Where’s the romance in your story?” and I’d reply, “I’ll throw it in later.”
I finally figured out that I’m better at writing suspense books that have relationships in them, but which are not necessarily love stories.
Meanwhile, I retired from the LAPD in the early part of 2011, and published my first book, A DOZEN DEADLY ROSES, in June. The book became a bestselling e-book at both Amazon and Barnes and Noble. Ten months later, A DEADLY BLESSING followed with the same results. In fact, Barnes and Noble named A DEADLY BLESSING a ‘Best Book of 2012.’
My new writing career has blown my preconceived ideas about what I’d be doing in retirement. I’m busier now than I ever was as a police officer – and I worked hard for the LAPD!

You asked what I would do if I were queen of the universe.

I really thought hard about your question.  The first thing I would do is wipe out all debilitating disease – especially Alzheimer’s disease. My mother suffers from this insidious thief of the mind, and it’s heart-breaking to watch. Sadly, Alzheimer’s disease is one crook that I can’t throw in jail.
Probably the next biggest thing I would do is make everyone all over the world responsible for their actions. People would be rewarded for doing the right thing and if you were on the other end of the spectrum, you’d pay the consequences…serious consequences.
Personally, I’d also like to add more hours to the day. I never have enough time to do all the things I want to do – like write.
But I did find time to write my latest book, A DEADLY JUSTICE. Here’s the opening scene…

Holy shit!
A man wearing a black ski mask was running across six lanes of heavy traffic on Ventura Boulevard in broad daylight. Playing chicken with Los Angeles drivers, he veered between a Chevy Malibu and Dodge pickup only to leap on and across the hood of a Porsche Carrera. It was like a scene from a movie – a scene most cops live for. But this was no action flick. My instincts told me this was a felon fleeing from the scene of a crime.
Although I wasn’t on duty, I jerked my sports car to the curb at a bus stop, grabbed my purse and gave chase on foot.
“Call 9-1-1,” I yelled while running past startled pedestrians. “Tell them an off-duty officer is in foot pursuit of a possible robbery suspect.” Although I wasn’t exactly sure what crime he’d committed, the guy in the ski mask was definitely up to no good and fleeing from something.
Pulling down the zipper on the concealed holster built into my purse, I pulled out my Smith and Wesson nine-millimeter semi-auto. The holster’s retention strap fell to the ground as I ran, but I wasn’t going to stop for a twenty-dollar piece of leather.
If no one’s called the cops already, they will once they realize I’m running through the Sherman Oaks Galleria mall carrying a gun.
“I’m a cop! Which way did he go,” I demanded, looking at some young girls who’d exited the mall.
The girls looked at my gun, then pointed inside, then ran the other way. As I ran past bewildered shoppers, a few screamed when they saw my gun. I yelled, ‘Police! Coming through,’ hoping the citizens would get out of the way. However, people didn’t know how to react. Thankfully, most shoppers stopped in their tracks and I was able to weave around them.
My heart was trying to pound its way out of my chest and I was getting winded when suddenly two LAPD bike cops standing behind cement pillars had their guns pointed at me.
“Police! Drop the gun!”
I screeched to a halt and put my hands up. “I’m LAPD Detective Maddie Divine,” I called out, then slowly kneeled and lowered my firearm to the ground. Once the gun was out of my hand, I rose carefully with my hands raised above my shoulders. “I saw a big buff guy wearing a black ski mask running across Ventura Boulevard through all lanes of traffic. He was running like he’d just pulled a two-eleven or something. I left my car and gave chase. He ran into the Galleria. Did you see him? Have any robbery calls recently come out?”
The two officers looked at me as if I were nuts. A small crowd was beginning to form around us.
“No. We didn’t get any calls about a robbery. The only call we got was about a four-fifteen woman running around the Galleria with a gun.”
“Well, I admit I was probably disturbing the peace chasing a guy while carrying a gun, but there was a guy wearing a ski mask. In fact, a few people pointed which way he’d gone.”
The other cop, a taller, thinner officer, appealed to the group of people milling around. “Anyone see a guy in a black ski mask running through the mall?”
The bystanders looked at each other nervously and a few snickered, but no one came forward to say they’d seen the suspect.
“Uh, look, Ma’am, we’re going to take you down to our sub-station here at the mall where we can verify who you are and take a statement about what you saw and what you were doing.”
“You can verify who I am by looking in my wallet for my I.D. card.”
“Well, we’re gonna do that at our substation.”
“Fine,” I said knowing full well these officers thought they had a wackadoodle on their hands. But one thing I knew for sure, I wasn’t going to tell them to hurry up or I’d be late for my appointment with the department shrink.
**********************************

Buy Links for A Deadly Justice : Amazon, Barnes and Noble

And you can learn more about Kathy by visiting her website