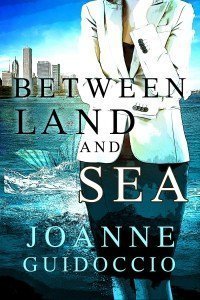 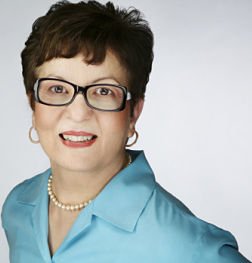 JOANNE GUIDOCCIO’S SECOND ACT
Thank you for having me as a guest, Jo-Ann.
It’s hard to believe that five years have passed since retiring from my first act, a 31-year teaching career. I had only a vague idea of what life after retirement would look like. Sleeping in each morning. Leisurely breakfasts. Lunches with friends. More traveling. Volunteer work. Yoga.
Three months into retirement, I realized that I needed more than this patchwork quilt of activities. After some reflection, I decided to resurrect a writing dream from my high school years. I filled my days with workshops, seminars and online courses. Slowly, a writing practice emerged and my articles and book reviews started appearing in newspapers, magazines and online.
On a whim, I took a series of workshops offered by dark fantasy and horror writer Sarah Totton.  At first, I focused only on the writing advice, but later toyed with the idea of writing fantasy for boomer women. The resulting novel, Between Land and Sea,  released by Soul Mate Publishing in September 2013.
Queen of the Universe Question
If I were Queen of the Universe, I would designate all schools, workplaces and social media sites as bully-free zones. Questionable photographs and copy would magically dissolve before entry, and inappropriate comments would transform into appropriate ones.
Blurb
After giving up her tail for an international banker, Isabella of the Mediterranean kingdom is aged beyond recognition. The horrified banker abandons her on the fog-drenched shores of southwest England, leaving her to face a difficult human journey as a plain and practically destitute fifty-three-year-old woman.
With the help of a magic tablet and online mermaid support, Isabella evolves into the persona of Barbara Davies. Along the way, she encounters a cast of unforgettable characters, among them former mermaids, supportive and not-so-supportive women, deserving and undeserving men, and several New Agers.
Excerpt
Isabella picked up the tablet and pressed the green contact button. Lisa738 appeared, looking surprised. “Greetings, Isabella. I did not expect to hear from you so soon. Are you having problems?”
“Yes. No. I don’t know.” Isabella took several deep breaths and started again. “I need more information. I’ve already made three mistakes.”
“Only three?” Lisa738 shook her head. “You had better get used to making mistakes, Isabella, especially when you start going out into the human world. Now what kind of information do you need?”
“I need information about Paul Armstrong.”
“That is classified information. You cannot access it.”
“Why?”
“It is forbidden. Now is there anything else you need to know?”
Isabella was seething, but she did not want to lose her composure in full view of this lowly mermaid. She managed a tight smile and changed the subject. “I’ve read the file on Barbara Davies. She doesn’t appear to have too many skills, other than a degree in philosophy. What am I to do with that?”
“Get a job.”
“Doing what?”
“Like all other humans, you must take responsibility for your own life and make full use of your gifts.”
“I don’t know how to do that,” Isabella said. “In the mermaid kingdom, I knew what my gifts were.”
“You still have some of your gifts.”
“Can you tell me what they are?”
Lisa738 shrugged. “I have no idea. Only Annabella knows.”
“Let me speak to her.”
“That is not possible. Annabella made it clear that she would no longer be communicating with you in your new life. I will be your only connection to the mermaid kingdom for the coming year.”
“Yes, yes, I know all about that,” Isabella said. “This tablet will malfunction and I will be on my own.”
“You will not be alone. You will have found a man to support you.”
“What if I don’t want a man to support me?”
Lisa738 frowned. “You must find a man to help you before the year’s end.”
“But what if I don’t find this special man? What happens then?”
“I don’t know. That has never happened before. All the other single mermaids who assumed human form found men.” Lisa738 shook her head. “You cannot think so negatively. It will be disastrous for you if you do not find a man.”
“Losing my tail was disastrous. Aging thirty years was disastrous. Andrew’s departure was disastrous. What could be worse than that?”
Where to find Joanne…
Website:   www.joanneguidoccio.com
Twitter:   https://twitter.com/joanneguidoccio
Facebook:  www.facebook.com/BetweenLandandSeaJG
Pinterest:   http://pinterest.com/jguidoccio/
Amazon:  http://is.gd/AVpoVs
YouTube (Trailer #1):  http://www.youtube.com/watch?v=xipZ6quZDOs
YouTube (Trailer #2): http://www.youtube.com/watch?v=nfiKOQe_yuU

0 Replies to “Joanne Guidoccio – Between Land and Sea”