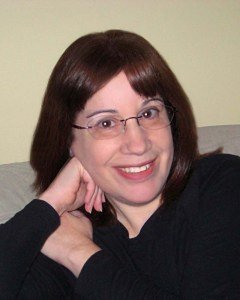 Logan Crawford’s mind kept drifting back to the events of last night, an evening definitely not worth remembering. Even her name escaped him. Normally not a problem, but this time he was saddled with Candi-Randi-Bambi-whatever-the-hell-her-name-was for the length of his stay in Philadelphia. As head of the city’s redevelopment office, she was his official escort-slash-liaison, the person assigned to make certain he chose the City of Brotherly Love as the East coast site for his corporate headquarters. And last night Candi-Randi-Bambi, a woman who wore her ambition emblazoned across her surgically augmented chest, made it abundantly clear just how far she’d go to get him to sign on the dotted line. And it was far from brotherly. Or sisterly.
Logan doubted he was the first billionaire businessman she’d bedded in her quest up the corporate ladder, but he’d wager a good portion of his sizeable fortune that he was the biggest—the wunderkind West Coast urban developer who was giving The Donald a run for his money. Only Logan had better hair—as the media was quick to point out.
With a snap of his fingers, he could provide Candi-Randi-Bambi with an express elevator straight through the glass ceiling, and she knew it.
No f-ing way in hell.
Last night when he stared down into Candi-Randi-Bambi’s come-hither eyes, he saw the reflection of a disillusioned, unhappy man. And damn, up to that moment he hadn’t even realized he’d been disillusioned or unhappy. He had wealth; he had power. So what was up with the sudden emptiness and dissatisfaction?
Beryl would say it was because he led a shallow life devoid of emotional commitment. As much as he protested to the contrary, he knew she was right. Maybe it was time to leave the bimbos to Trump.
Struck by the epiphany, he’d bolted from Candi-Randi-Bambi’s bed. They’d used each other. She spread her legs hoping to advance her career; he’d taken advantage of the offer. Sex without emotional entanglements, the pattern of his adult life. He got the release he needed, and the woman got a notch on her bedpost. Only this time it hadn’t worked. After thirty-eight years Logan Crawford realized it was time to grow up. Only damn it, he didn’t have a clue how.
Still reeling from the self-revelation, he’d canceled his morning appointments and headed his rental car north, needing some time alone to think. After driving for half an hour he found himself in a quiet, upscale section of Philadelphia. A bookstore on top of a hill beckoned like a siren.
For the rest of his stay in Philadelphia he vowed to spend his nights curled up with a good thriller rather than a cheap thrill. Now all he had to do was find one. At the moment he couldn’t even find the damn fiction section in the boundless maze of shelves that wound around the first level of the two story megastore. Lost in the travel section, he spun on his heels and—

0 Replies to “Lois Winston – Love, Lies and a Double Shot of Deception”