Me and the Phantom - Jo-Ann Carson 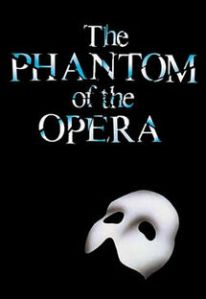 I think there’s something to be said for delaying gratification. Seriously. If we had all the joys in life in the first fifteen minutes then what would be the purpose of living longer?
Which bring me to my story about The Phantom. I lived on the remote Haida Gwaii, often referred to as the northern Gallapogos, in isolated communities for thirteen years. Yes, the pristine wilderness is breathtaking and the communities are warm and shall we say quirky (solitude does interesting things to people not used to it). But I grew up in Toronto and I longed for the big city stuff.
The last year we lived there, The Phantom of the Opera was playing in Vancouver. Every day they’d talk about it on CBC radio (my major link to the world in those pre-Internet days). The music, the drama…the stories pulled me. I decided that when I moved south I’d go.
We moved south to a tiny Gulf Island (yes I have an island theme in my life) and I had to face reality. To go to the Phantom in Vancouver with a family of four would break the budget. The Phantom slid down my list of priorities and fell off the bottom. You know that slush pond on the bottom that we all carry around with us. That’s where it lingered until now.
Fast forward twenty two years and I’m going to get to see the Phantom. In New York. On Broadway. While I’m at Thrillerfest!
I’m over-the-moon excited, probably way more than I would have been if I’d managed to go all those years ago. I think waiting for something’s good.
I’ll let you know.
Your turn. Do you have printable delayed gratification story? Love to hear it.