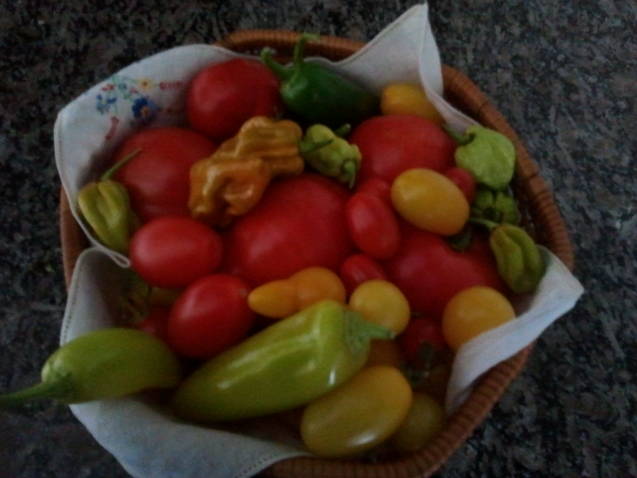 A present from our friend’s garden.

My plan was to make a nice Italian dinner for friends. I’ve just come back from a month in Florence, been immersed in good food and even graduated from a couple of cooking classes. (Okay they were tourist day events, but still we ate gelato with real Italian Chefs who wore aprons and knew their pasta).

Easy. It’ll be easy, I tell myself. I’ll keep the menu simple. I have a plan.What could go wrong?

First I made the apricot biscotti from a recipe off the Internet. I only cooked the batter once because we like it chewy. It turned out great. Dessert was set. I’m one of those people who think that if the dessert works dinner works. All is well. Second, the salad. That was a no brainer. Two steps done.

Next the pizza dough. I’ve made pizza doughs over the years from various recipes with and without a bread machine, but they were never as thin and tasty as we like, so we’ve fallen back on buying frozen thin crust pizza from Costco and adding our favorite toppings. But in Florence I learned how to make a truly beautiful thin crust with simple ingredients that tastes wonderful. It’s just flour, salt, yeast and a little water. What could go wrong?

In the course we stood at long marble tables and were given our ingredients measured out. We were told to make a hole in the middle of our mound of flour, so it looks like a doughnut, and pour the wet ingredients inside. Then we slowly worked in the flour mixture from the the sides until it became a dough and we kneaded it. Simple, fun and weirdly satisfying.

The recipe they sent us home with was larger, but I didn’t know how much larger. I needed enough for at least one large pizza, so I decided to do the whole 7 cups of flour listed. Why mess with a recipe the first time. Right? That’s me, always thinking large.

I made the mound on my counter. Dug out the middle with my fingers, as I’d been taught. Poured in the wet ingredients. Stood back and enjoyed my moment. It was just like a larger version of what I’d done in Firenze. Perfecto! Yeah me!

Then I started working in the flour and kaboom, some liquid leaked out of the circle of flour.  I grabbed  some flour from the opposite edge to plug the area like a dam. But that created a second hole and the liquid gushed out of it. I’m talking a Niagara Falls gush.  I couldn’t breath.  How could this be happening?  It was easy with Giovanni. I grabbed another handful of flour and plugged, creating yet another gusher.  A milli-second later Kaboom again, more liquid escaped. Kaboom, kaboom, kaboom…. You get the idea. I had runny yeast water flooding my counter top, sloshing onto the floor, all over my apron, and in my hair.  I had flour all over my nose. My hands  turned into enormous wads of glue. And it was all happening so fast I couldn’t stop to think. I was desperate. So desperate to make the dough work. It was a race. Every time I plugged one leak two more opened. I plugged and  plugged and  cursed and cursed…and I plugged some more. It was a battle between me and the yeast water. And inside my heart cried for my beautiful new kitchen.

I won, sort of. In the end, I had enough dough left for four pizzas and a kitchen that looked like it had been bombed by glue.

I felt like Lucy in the episode where she’s on an assembly line making chocolate and everything goes wrong.

Dinner turned out fine. The kitchen was steaming hot because the oven had to be on a very high temperature, but the pizza crust was thin and edible. That is to say, it wasn’t as great as the pizza I made in Florence but it was better than my usual. Definitely edible.

I learned something, well a few things and that’s good. My kitchen may smell of yeast for eternity, but it was worth it.

In the end, being with good friends is what makes a meal truly great. And it was. Except the Grappa tasted like turpentine, but that’s another story. 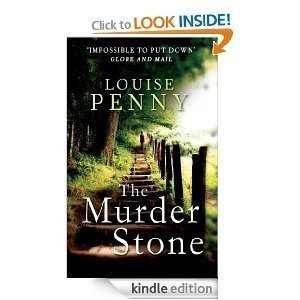 1. Louise Penny’s fourth mystery, The Murder Stone. I’m slowly relishing her poetic prose and philosophical timbits. It’s quite exquisite. I decided to restart reading her work from the beginning, and am enjoying how each book builds on a small cast of characters, like a many layered Group of Seven painting. Her Quebecois character’s view of Anglo Canadians urks me at times, but that’s probably a good thing.
2. Charlaine Harris’s Deadlocked.  I’m listening to it on my phone  and having a heck of a good time with the deep point of view spoken in a sweet southern drawl. Harris’s work is funny and entertaining, but also significant for my own writing. She does deep POV so well it inspires me.  I can hear her voice in my ear when I write. She’s sooo smooth with her craft.

Have a great weekend.