We just got back from Venice. 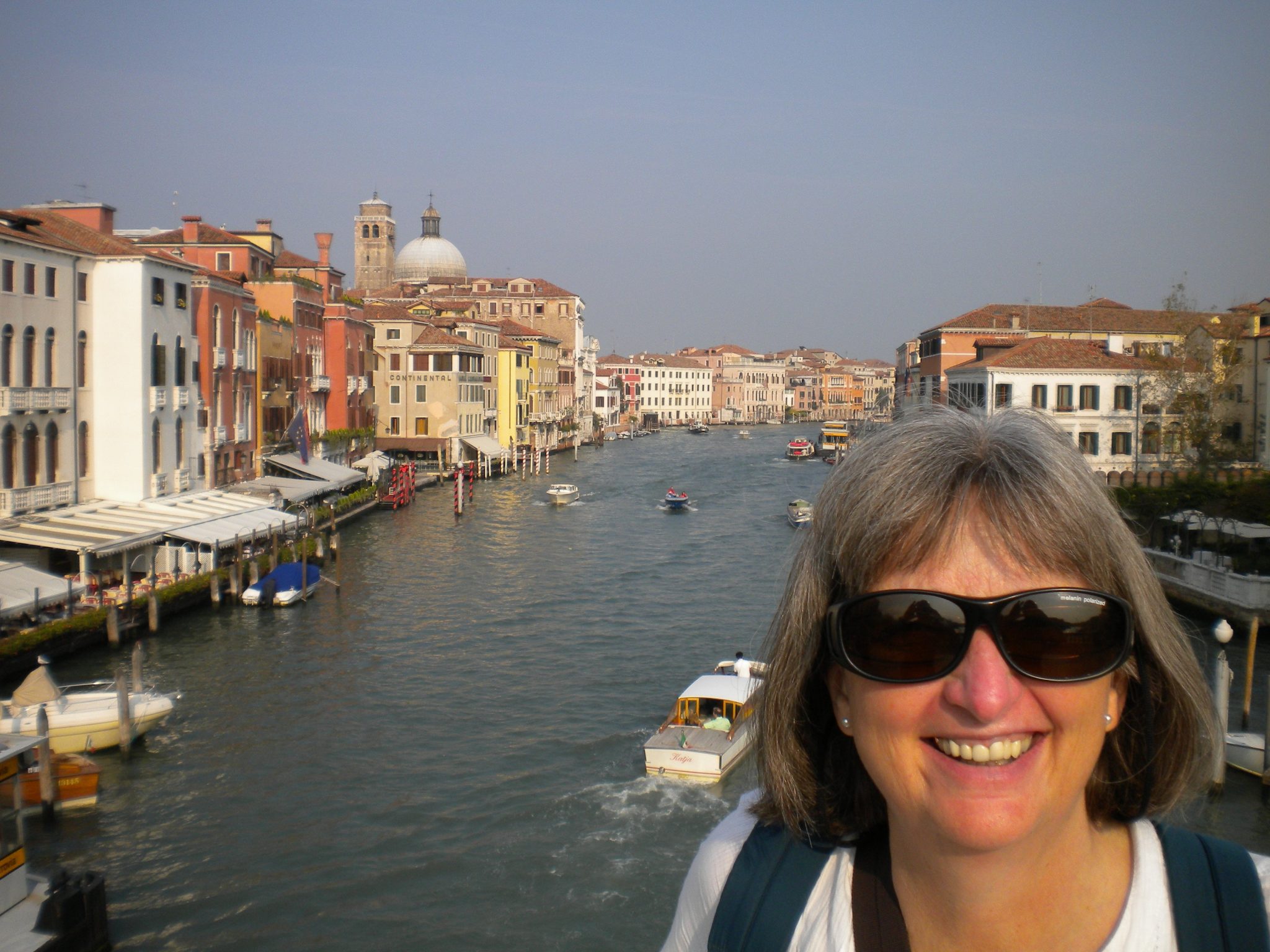 It sounds weak, but I have to say it, “Venice is amazing!”
We stayed at a quaint hotel called the Alberto Marin where we met up with friends from Vancouver Island. I felt like a character in a book. Spending time and breaking bread with friends always makes life sweeter, but far from home the experience deepens, and being in Italy, Mama Mia… fantastico. 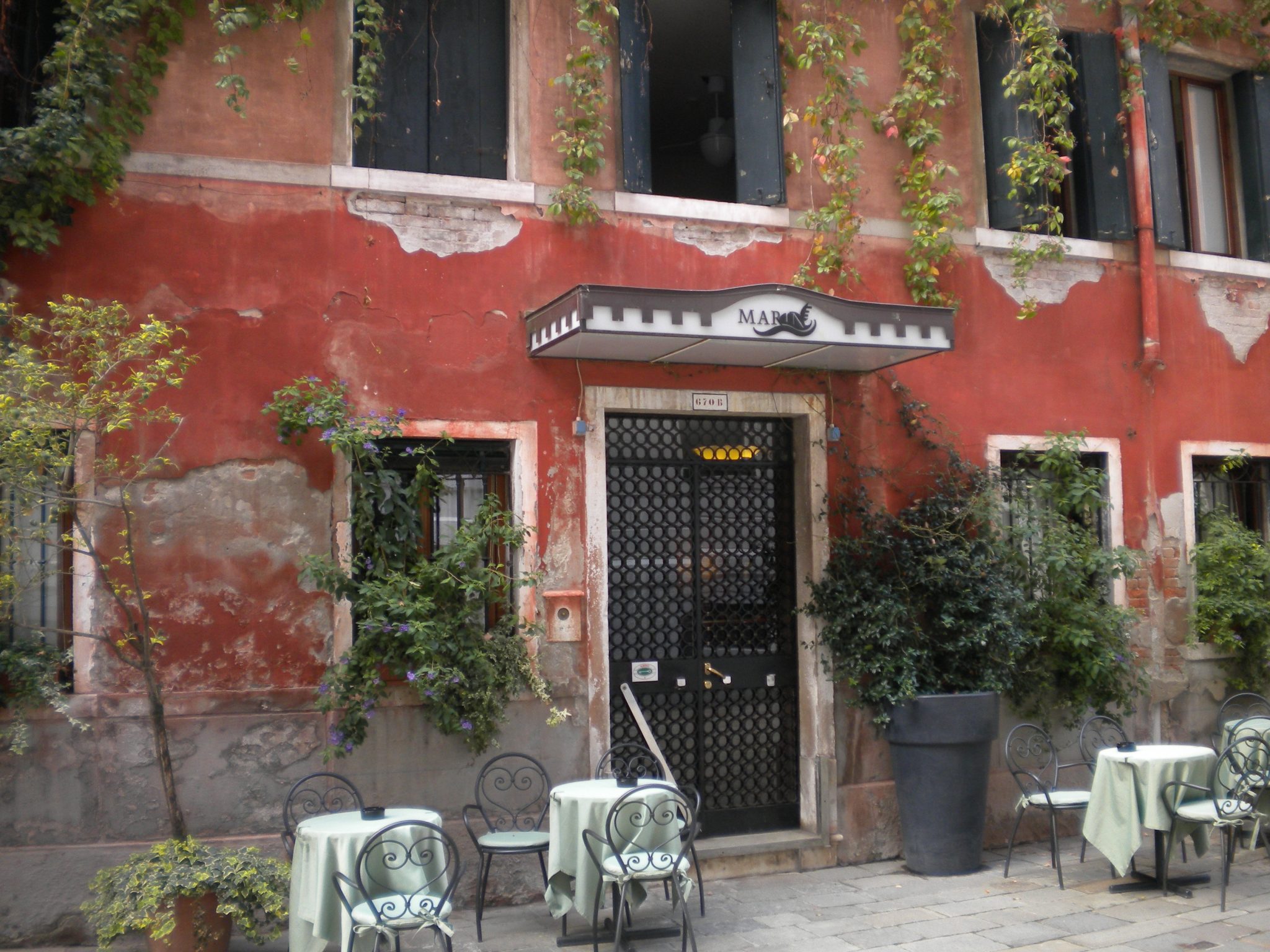 Our rose colored inn with hanging vines and blue flowers was picturesque. The friendly receptionist made us feel like distant but cherished cousins. For a moment I believed I could never get lost here. I know that’s a dangerous thought for me. The inn was spotless. When we opened our window it was lined with hanging vines. I took a deep breath as I looked out over the quiet street below. So charming. We were just off the busy grand canal and five minutes from the train station, but I felt tucked away in an Italian villa. (All for 126 Euro which included a filling breakfast with cappuccino.)
We love boats, all boats, big and small, so being in a city with canals is like visiting heaven for us. We bought a 24 hour pass on the vaporetto, which is the city’s main transportation system. As the sun began to set, we floated along the the Grand Canal and listened to Rick Steve’s audio tape. He made the ancient city come alive with facts about its prestigious past full of famous people, romance and intrigue. Did you know that Venice’s casino was once the world’s greatest, a Vegas from the past? What a setting for a book!
Palaces line the canal dating back centuries to when Venice was the richest and most powerful city in Europe, the gateway city between Europe and the Orient. The city is exquisitely opulent, even with its layers of decay sinking into the rising water. It shimmered in a pink haze looking like an otherworldly mirage.
I pinched myself several times. I thought places like this only existed in dreams. You cannot read about the beauty of Venice. You must experience it. Nothing can prepare you for how grand and mysterious it is. 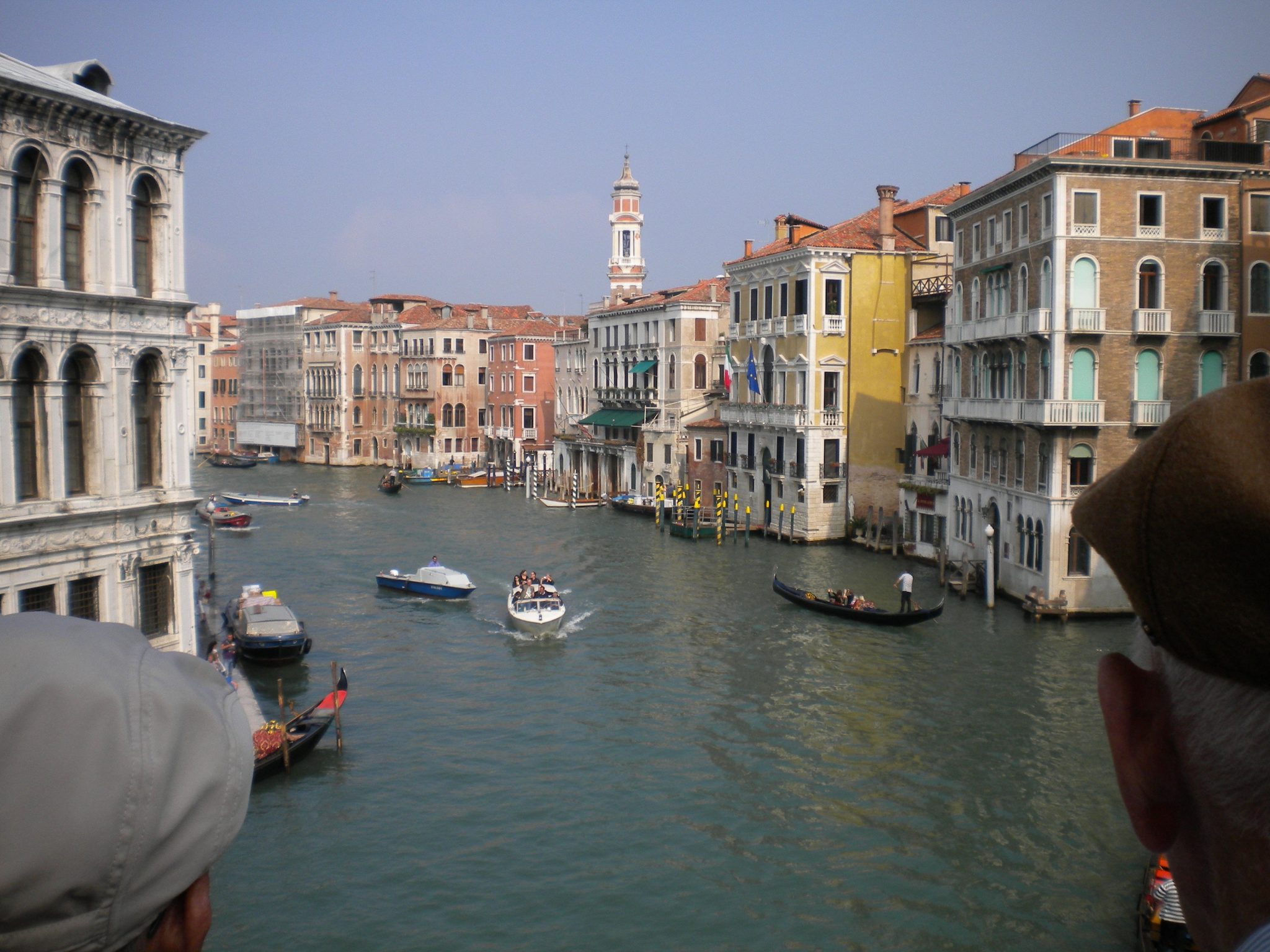 A bite of history:

Venice was, “Born in a lagoon 1,500 years ago as a refuge from barbarians…. In the Middle Ages the Venetians became Europe’s clever middlemen for East-West trade and created a great trading empire. By smuggling in the the bones of St. Mark (San Marco) in A.D. 828 , Venice gained religious importance as well. With the discovery of America and new trading routes to the Orient, Venetian power ebbed. But as Venice fell, her appetite for decadence grew. Through the 17th and 18th centuries. Venice partied on the wealth accumulated through earlier centuries as a trading power.” (Rick Steves ‘ Italy2012,  p.41)

We wandered into a couple of churches and I was awestruck by the sculptures, paintings, frescoes, marble…the height and breadth of the beauty, the serene silence and a mystical essence that resonated within.
More on Venice another day. I`ll end with:

“All that glisters is not gold.” (Shakespeare, Merchant of Venice Act ii)

See — proof that Venice inspires great writing.
*****
Notes:
1. All pics are by PJ who refuses to have his picture on this blog which is a shame, because he’s better looking.
2. Rick Steve’s audio tapes are free when you buy his guide book and we have been really enjoying them, because they are relatively short, informative and entertaining.
3. Our Vaporetti (boat) pass cost 20 euro each for 24 hours. A steal compared to other modes of travel on the canals.

0 Replies to “Venice, a city of dreams”