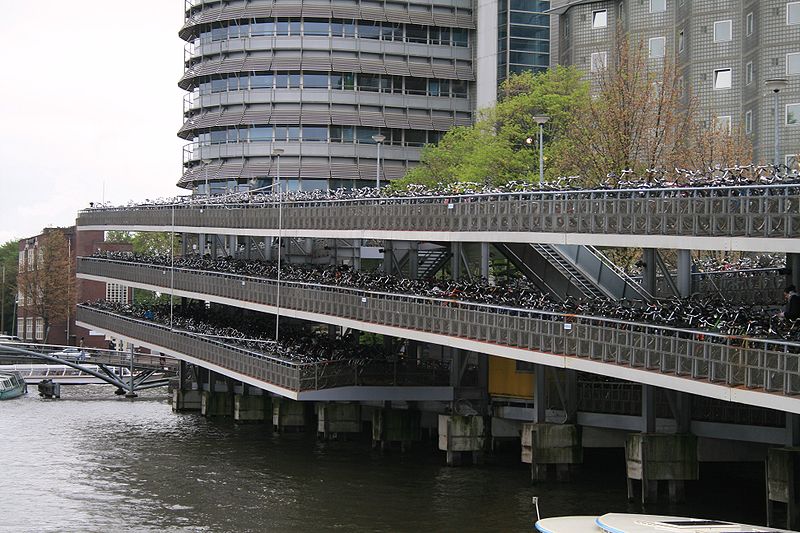 “Since 2001, Stationsplein next to Amsterdam’s Central Station boasts the world’s first bicycle flat. The building has room for 2500 bicycles….[The] 100 meter long bicycle flat at the Central Station was built to temporarily store thousands of bikes during a large renovation project …. [It] was built over water to maximize the use of space. It consists  of three slightly sloping parking decks. The bicycle flat was supposed to be closed and removed in 2004, but it still exists today.” (I Am Amsterdam site)

I had heard about this parking lot for bicycles, but it still shocked me when I saw it. It’s enormous. To me, it symbolizes the love for bicycles the Dutch have, a topic I will explore  in other posts. Today, I wanted to look at the parking lot. It’s right beside Central Station, the major transportation hub for the country.