A Witch Cozy Series with coffee. Good to the last magical drop. 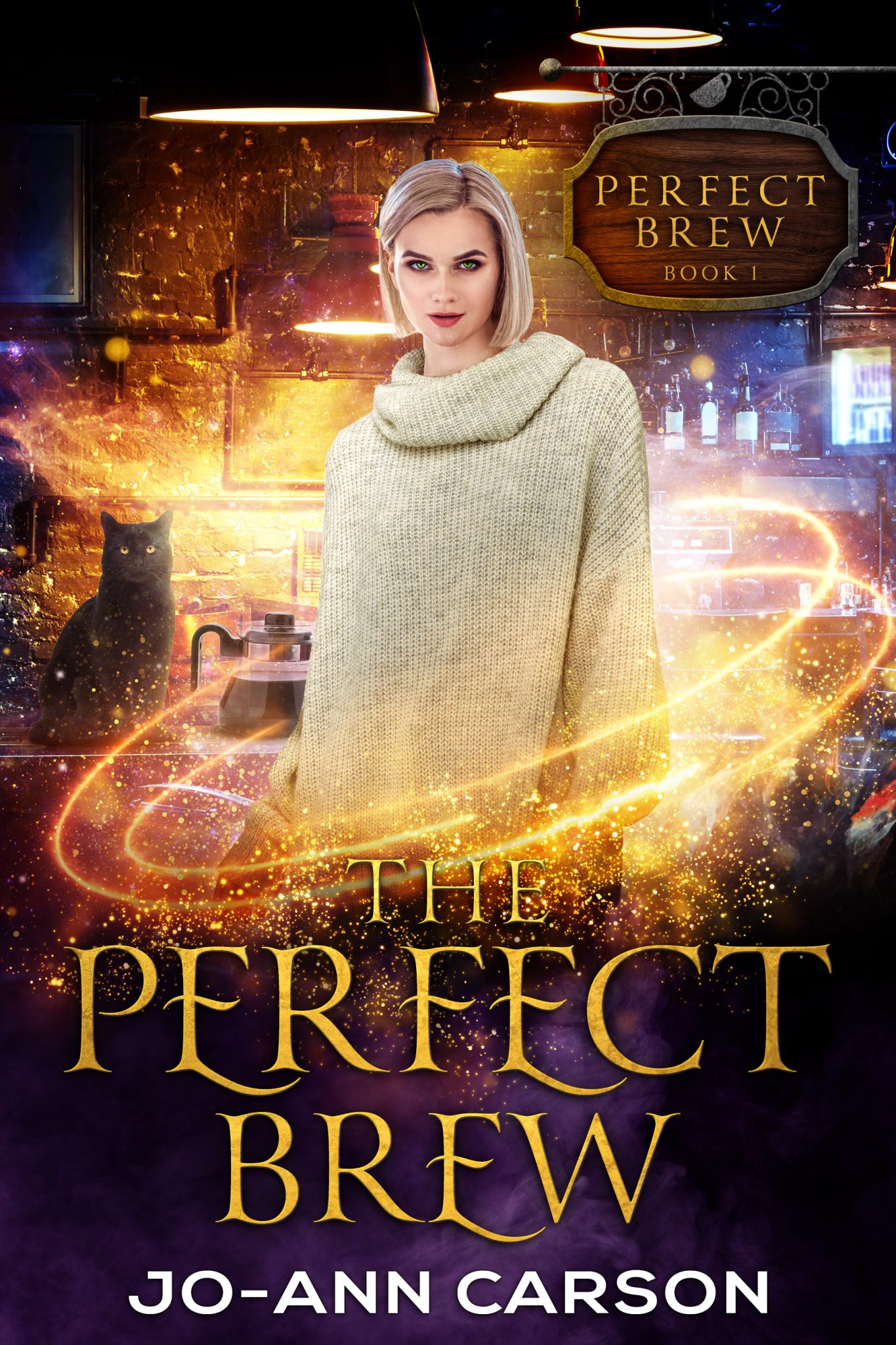 A potion for mystery & magic.

When evil rises one clumsy witch must save the world. Cassie Black inherits a sentient coffee-house, complete with an inter-dimensional portal and a side of ancient curse from her great-aunt Ophelia. When Cassie attends the funeral, she discovers the Pacific Northwest town is a haven for supernatural beings. Ophelia’s death is suspicious and her lawyer is poisoned.

Up to her neck in mysteries, and weighed down with a mysterious curse, Cassie hunts for the murderer. There are many unusual suspects, a tall, dark and annoying detective keeps getting in her way, and a seductive warlock offers his assistance.

Will Cassie catch the villain before he kills again? Can she protect the portal and still free herself from the curse? Will Sid, her snarky cat familiar, convince her to play dirty with the boys?

This is the first novella in The Perfect Brew, paranormal, cozy series, which can be read as a stand-alone. If you like stories with strong characters, cozy-styled mystery and humor, you’ll love this one.  There’s no sex or violence on the page, but be prepared for some serious romance, mystery, and magic.

Buy The Perfect Brew today to start your own magical adventure in the town of Mystic Keep.

Available through all Amazon stores

A Double Shot of Magic

~ a recipe for love

When evil rises, one witch must save the world. Cassie Black is a sorceress struggling with her growing powers and love life. As the guardian of a portal, she must stop a dark force spreading its influence in her small Pacific Northwest town before it takes over the earth.

Cassie’s friend Larry is shot twice in an alley. Clenched in his hand is a note, which reads, “BEWARE BLACK WITCH.” The note could mean many things, and none of them are good. As Cassie unravels the mystery of his death, someone tries to murder her.

Being a beautiful enchantress, Cassie attracts interesting men, who complicate her life. The very human detective, Gavin McGregor, suspects Cassie is the cause of all the unusual happenings in his own and watches her every move. Her former boyfriend, Alessandro, the vampire, wants her back in his life, alive or dead. Sanjay Kahn, a wickedly handsome, rogue warlock, vies for her attention and her heart.

A murder to solve, a force of darkness to wrestle with, and a full dance card … what more could a good witch want?

A Double Shot of Magic is the second book in the critically acclaimed Perfect Brew trilogy. It can be read as a stand-alone or as part of the series. If you like magical cozies with strong characters, romance, and humor, you’ll love this novel. It has a happy ending.

Buy A Double Shot of Magic today and enjoy a fun, heart-warming story filled with intrigue and sweet romance.